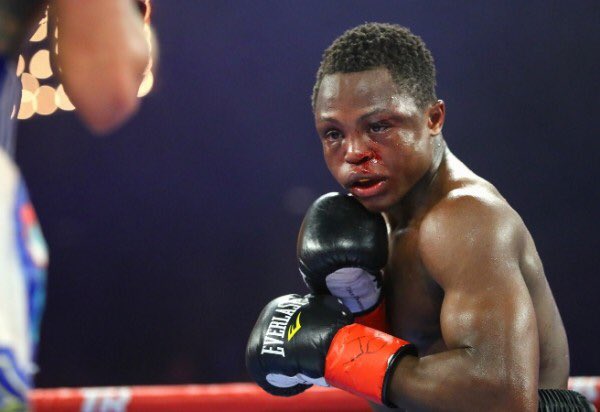 Ghana’s Isaac Dogboe has cleared the air over the uncertainty surrounding his future in the sport.

The former world champion’s father and trainer, Paul, revealed his desire for his son to quit the sport and return to school, after his embarrassing defeat against Mexican Emmanuel Navarette in their WBO Super Bantamweight world title rematch.

The 25 year old was completely dominated by his Mexican opponent suffering a round 12 TKO defeat, in what was his second straight loss against Navarette.

Speaking to Accra based Joy FM on Monday, Isaac Dogboe confirmed he will take a break from the sport to finish with his schooling.

“I am good and glad I was not injured. It’s rather unfortunate I couldn’t win the bout and I guess sometimes these things happen. I am grateful to all for the massive support for this bout,” he said.

“I will take some time off to return to school, before making a return to boxing,” he added.

Dogboe has had to defer his course due to the demands of his boxing career, after gaining admission to Penster University last year to study International Relations.