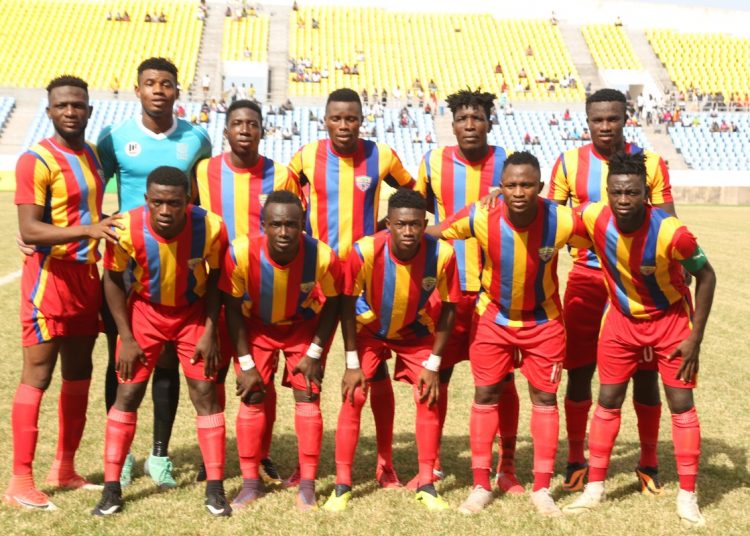 With seven matches played across all match centres, 14 of 15 sides involved in the competition took to the field.

There was only one away win this weekend, Hearts of Oak’s 2-1 win at Ebusua Dwarfs while the other six home sides picked up all three points available to them.

For the first time in the NC Special Competition, no match in the gameweek ended in a draw.

A total of 13 goals were scored with the home sides, per usual, getting most of them (10). The three away goals scored this weekend came in two games with 5 sides – Berekum Chelsea, Medeama, Asante Kotoko, Inter Allies and WAFA –  failing to find the net on their travels.

Four teams – Aduana, Bechem Utd, Ashgold and Dreams FC – all picked up one-nil wins, with only Liberty Professionals’ 3-1 victory over Elmina Sharks, and Karela’s 2-0 win over WAFA ending with goal margins greater than one.

The competition’s lowest scorers remain Berekum Chelsea, who have managed only four goals so far, two fewer than Ashgold.

Karela and Hearts of Oak are the tournament’s goal machines with 17 and 16 respectively, aided by the two strikes for each side this weekend.

There were eleven different scorers this weekend, with only Karela’s Diawisie Taylor bagging a brace.

Taylor scored his seventh and eighth goals of the competition, putting him one clear of Kotoko’s Fatawu Safiu in the race for the golden boot.

The results leave Medeama (16 points) two points clear of Kotoko and Aduana in Group A having played a game more.

Hearts of Oak (18 points) are a point clear of Karela in Group B with WAFA two points further back.