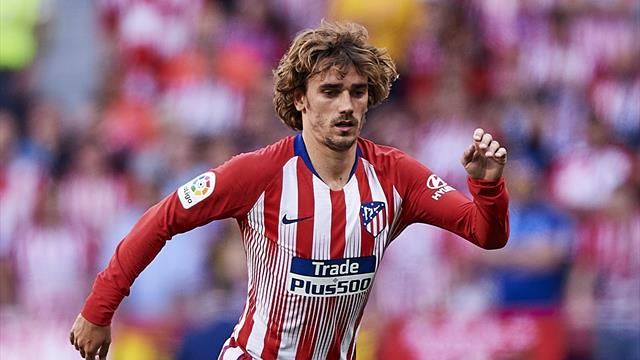 Antoine Griezmann will play his final match with Atletico Madrid on Saturday after informing the club and his teammates that he is going to leave the club this summer.

The French forward, during a meeting with Diego Simeone and president Miguel Angel Gil Marin, expressed his decision to depart the Wanda Metropolitano, with everything pointing towards Griezmann joining Barcelona.

It should be remembered that Griezmann’s release clause, at present, is 200 million euros after he signed a new contract with Atletico just last summer.

However, that figure drops to 120m euros from July 1. As such, Los Rojiblancos will receive 96m euros from the deal as Real Sociedad retained a 20 percent sell-on fee, so La Real will be given the remaining 24m euros.

In recent days, Simeone stated that Griezmann had indicated that he wanted to remain at the club, yet his departure is something that was feared.

Therefore, rather than get embroiled in a game of manipulation, like what happened last summer, the leaders at Atletico wanted to hear from the No.7 himself about whether he was going to stay or go.

The World Cup winner was honest in the meeting, articulating his belief that his cycle with Atletico had come to an end.

Although he thanked the club for the affection he has received since arriving from La Real in 2014, as well as noting the effort made to keep him at the Wanda, Griezmann alluded to the need for a new challenge.

Thus, while Griezmann negotiates with Barcelona, Atletico’s revolution this summer will include replacing their go-to star and regular goalscorer over the last few seasons. It will not be an easy task at all.