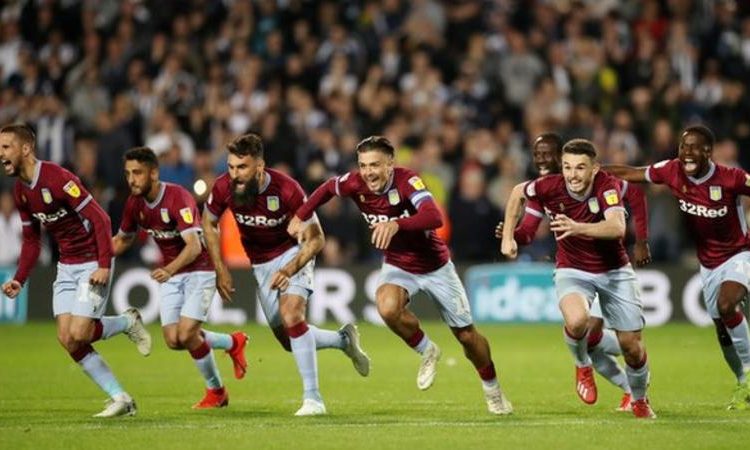 Aston Villa will play Leeds or Derby in the Championship play-off final on 27 May (Image credit: Reuters)

But, just as much as Dwight Gayle’s red card proved crucial at Villa Park, so did the 80th-minute sending-off of Albion captain Chris Brunt as they finished with 10 men for the second time in four days.

They held on for penalties and, although Albert Adomah’s miss in the shootout briefly gave them hope after Steer had saved from Mason Holgate and Ahmed Hegazi, Abraham kept his nerve to book a play-off final meeting with either Leeds or Derby at Wembley on 27 May.

They meet in the second leg of their semi-final at Elland Road on Wednesday, with Leeds 1-0 up from the first leg.