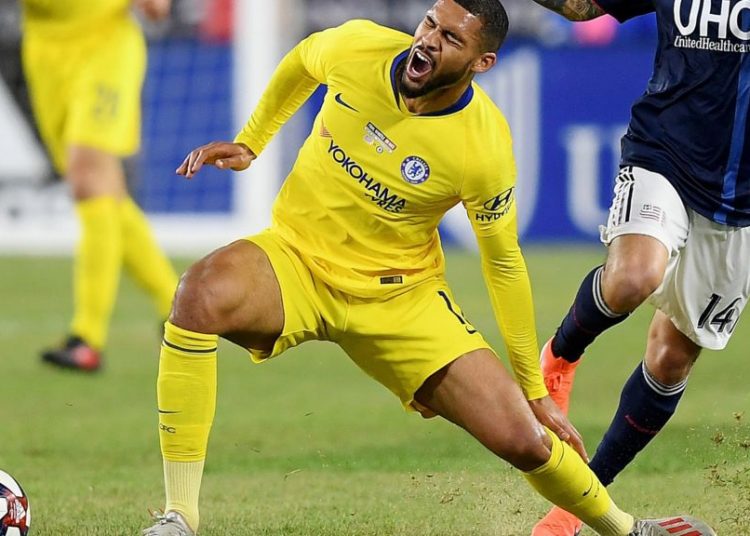 Chelsea midfielder Ruben Loftus-Cheek has been ruled out of the Europa League final after initial tests on his injury picked up against the New England Revolution on Wednesday showed he has ruptured his Achilles tendon.

Goal understands the England international will miss between five and nine months of action, meaning he will sit out this summer’s Nations League finals with the Three Lions and much of the first half of next season.

The 23-year-old pulled up after an innocuous challenge in Boston as Maurizio Sarri’s side took part in the ‘Final Whistle on Hate’ match against the MLS outfit – a friendly game organised to raise money to help organisations fighting anti-Semitism and discrimination across the world.