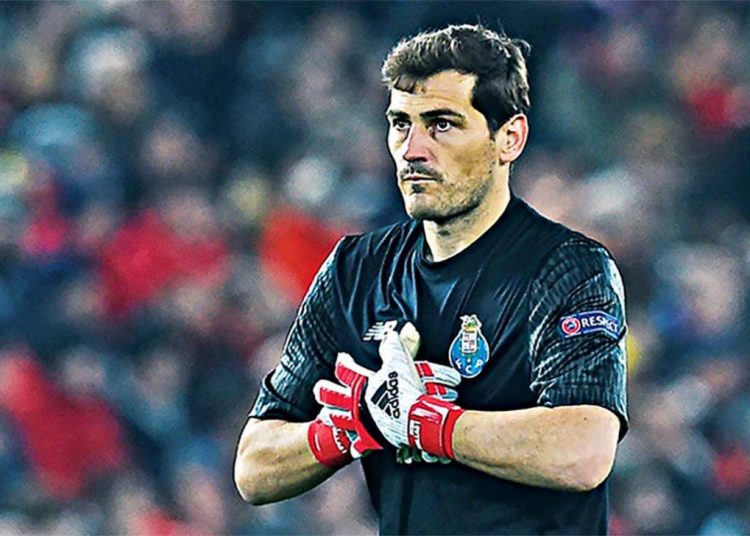 Iker Casillas has decided to hang up his gloves. Axccording to reports in today’s edition of O Jogo, Porto’s Spanish goalkeeper has retired from actively playing football as a consequence of the heart attack he suffered in training on 1 May. Casillas underwent surgery to have a stent fitted and has since been recovering at home.

Casillas, who will turn 38 on 20 May, is keen to put an end to the rumours regarding his future and according to O Jogo, he will shortly announce his retirement from professional football.

Casillas “is one of us” – Porto president

Yesterday, Porto president Pinta da Costa hinted that Casillas had most probably played his final game for the club, adding that Iker will be offered a backroom position at the club, whatever he decides to do: “Casillas has one year left on his contract and we would like him to stay at Porto in a different capacity, and not just for the remaining year of his contract. He is one of us and he will always have a place at Porto”.

After being discharged from hospital, where he spent five days in the coronary care unit, Casillas made it clear that after his health scare, football is no longer is priority: “I’ll be taking things easy for a couple of weeks or a couple of months; I don’t know and to be honest I don’t care, the most important thing is that I am still here […] I don’t know what the future holds for me, all that matters is being here,” the former Real Madrid and Spain captain said on leaving hospital earlier this month.