A win away from their first NBA Final 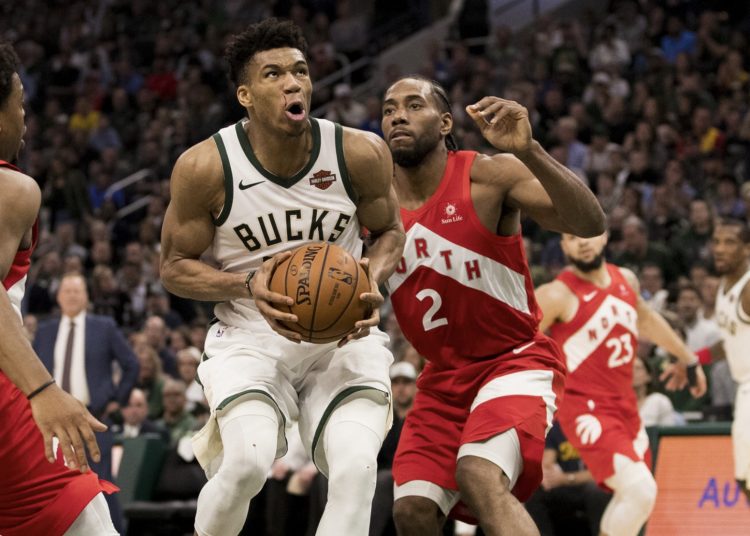 The Raptors are one win away from the NBA Finals after a 105–99 victory over the Bucks in Game 5 of the Eastern Conference Finals on Thursday, taking a 3–2 lead in the topsy-turvy series.

The tenor of the matchup has completely changed since Game 3, turning into a slowed-down slugfest, and the Raptors have taken advantage of the Bucks’ struggles in the halfcourt to take the series lead.

Kawhi Leonard was the best player on the floor in Game 5, scoring 35 points on 11-of-25 shooting, including 5-of-8 from three and 8-of-9 from the free throw line.

Leonard has most benefited from the slower pace over the last three games. He’s getting looks he wants through isolations or forced switches, and managing to get himself to the charity stripe.

As the game tightened in the fourth, Leonard did his best work, scoring 15 in the final frame. His play is rivaling Stephen Curry for best in the world at this current moment, and Leonard has been the most impactful player in the conference finals on both sides of the ball.

Kawhi’s success stood in contrast to Giannis Antetokounmpo, who hasn’t looked like himself in this series. The Greek Freak scored 24 points on 9-of-18 shooting in Game 5, but that’s a far cry from his regular-season production.

Giannis averaged nearly 28 points per game on close to 58% shooting before the postseason. In the conference finals, he’s averaging 23 points on 45.6% shooting. Toronto stuck Kawhi on Antetokounmpo starting in Game 3, and it’s led to some serious struggles for the MVP favorite.

Giannis is clearly having issues being effective in the frontcourt, and his teammates aren’t bailing him out on kick-out passes.

Milwaukee had a subpar game from beyond the arc Thursday, hitting 10-of-31 attempts, missing some good looks.

Though Eric Bledsoe finally stepped up with a 20-point performance, Khris Middleton scored only six points on 2-of-9 shooting, and he and Brook Lopez combined to hit only one of their six three-point attempts.

On the other side of the ball, the Raptors seemingly couldn’t miss from outside. Toronto shot nearly 42% from three, with a notable explosion from Fred VanVleet, who hit seven shots from deep. In a low-possession game, the Raptors’ huge night from three clearly swung the contest. Toronto outscored Milwaukee by 24 from downtown, and also hit 12 more free throws.

The Raptors’ excellence in those areas offset their pitiful performance from inside, where they converted only 31.7% of their two-point attempts. Toronto shot only 36.9% from the field overall, but the Bucks were burned by their opponent’s three-point prowess.

The Raptors deserve credit for how they’ve turned this series around. After trying to run with Milwaukee in the first two games, Toronto has committed to playing at its own pace over the last three.

Even when the Bucks raced out to a 14-point lead early in the first quarter, the Raptors methodically chipped away as opposed to pushing the ball and trying to play fast. The patience paid off, as the Bucks couldn’t score as effectively when their transition and semi-transition opportunities went away.