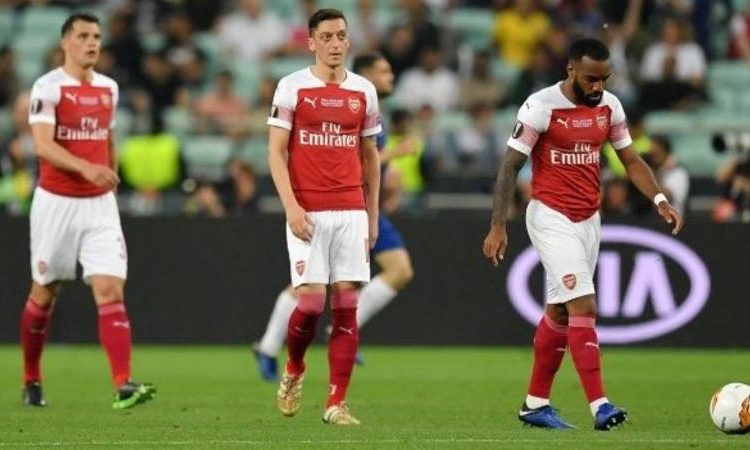 Arsenal will not be in next season’s Champions League after losing the Europa League final to Chelsea in Baku.

The Gunners will play in next season’s Europa League group stages, with Chelsea in the Champions League.

The Europa League winners get an automatic Champions League group spot, but Chelsea had already qualified by finishing third in the Premier League.

French side Lyon qualify for the Champions League as a result of Chelsea’s 4-1 win.

That is because the third-placed team in Ligue 1 – Uefa’s fifth highest-ranked league – go straight into the group stages rather than the qualifiers if the Europa League winners qualify for the Champions League through their own league.

It means a third consecutive season without Champions League football for Arsenal, who finished fifth in the Premier League. It is their longest spell out of Europe’s top tournament since the 1990s.

Arsenal’s transfer budget this summer could be as low as £40m, BBC Sport understands. It could have been up to £100m if they had been in the Champions League.