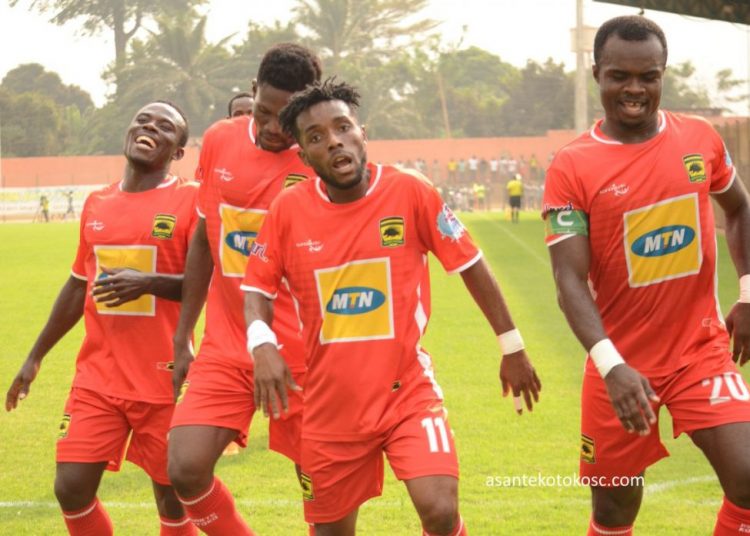 Asante Kotoko booked a ticket to the round of 16 of the NC Special Competition Tier 2 after beating RTU 3-1 at the Baba Yara Stadium on Wednesday, but Hearts of Oak’s game against Uncle T Stars and Liberty’s home game with Skyy FC were both rained off.

AshGold joined Kotoko with a 1-0 result over Young Apostles at the Len Clay Stadium. Mark Agyekum scored the only goal of the game.

But Aduana Stars and Karela United did not experience good times in their respective home matches.

Aduana Stars drew 2-2 with Berekum Arsenal in Dormaa but lost 4-3 on penalties.

Karela drew 1-1 with Nzema Kotoko at Anyinase and lost 4-2 in the shootout to their local rivals.

Heart of Lions shocked Elmina Sharks in Elmina, beating Yaw Acheampong’s men 1-0 to seal a place in the round of 16.

BA United recorded a 2-0 win over Kintampo FC to also book their place in the last 16.

Hearts of Oak’s home game against Uncle T Stars and Liberty Professionals’ game against Skyy FC were both rained off and have subsequently been rescheduled for Thursday at 10am.

Unistar vs Amidaus (rescheduled for Thursday)

Hearts of Oak vs Uncle T Stars (rescheduled for Thursday)