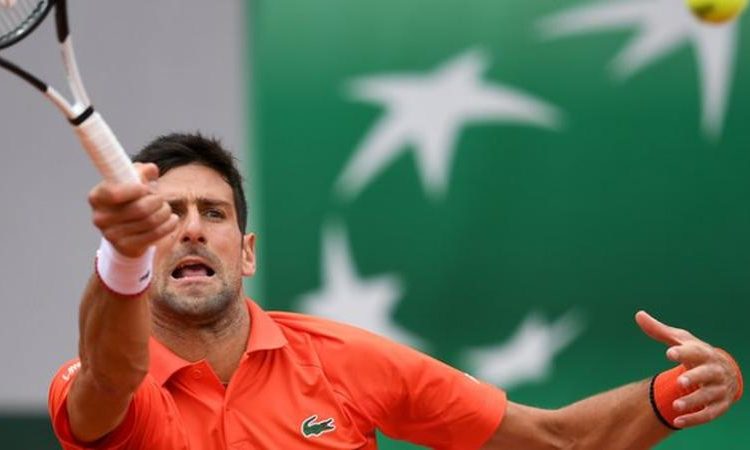 Top seed Novak Djokovic created a piece of French Open history by becoming the first man to reach a 10th consecutive quarter-final after a routine win over Germany’s Jan-Lennard Struff.

Djokovic has not dropped a set at this year’s Roland Garros.

They meet in the last 16 later on Monday.

After winning the Wimbledon, US Open and Australian Open titles, Djokovic is aiming to hold all four majors at the same time by claiming the French Open for a second time.

The 15-time major winner previously achieved the feat when he claimed his maiden Roland Garros title in 2016, which saw him become only the eighth man to complete a career Grand Slam.

But 12 months ago, after form and fitness problems, the possibility of Djokovic putting himself in this position again seemed unlikely.

Despite his recent dominance, the world number one has insisted 11-time Roland Garros champion Rafael Nadal must again be considered the favourite on the red clay. However, it is hard to separate the two top seeds judging by Djokovic’s ruthless performances – he has strolled to the last eight, albeit against opponents with an average ranking of 85,

Against Struff, Djokovic took his second break point of the match at 4-3, ending the world number 45’s resistance by putting away an overhead after he left the German scrambling in a baseline rally.

From there it was one-way traffic as Djokovic outclassed his opponent, winning 11 of the next 13 games to move two sets ahead and with a double break in the third.

Djokovic’s power and placement was simply too much for Struff, who could not convert a breakpoint in what proved to be final game as the Serb upped the tempo again to seal victory.