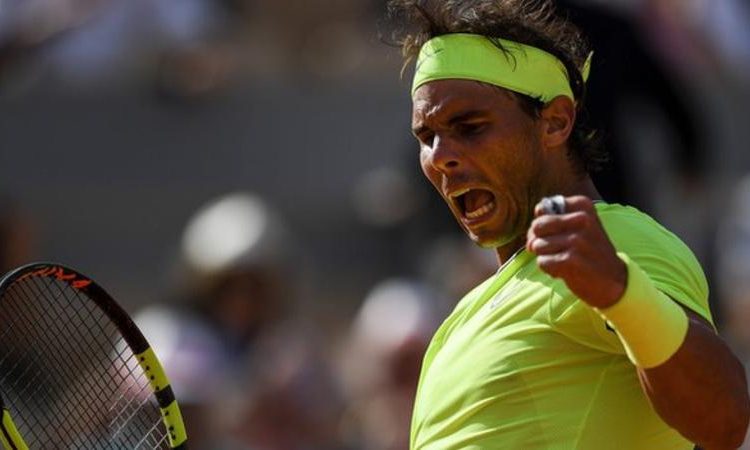 Rafael Nadal and Roger Federer stayed on course for a semi-final meeting at the French Open as both coasted into the last eight with straight-set wins.

Federer beat another Argentine, Leonardo Mayer, by the same scoreline.

He plays Stan Wawrinka next after his fellow Swiss prevailed in a marathon five-set wrestle with Greek sixth seed Stefanos Tsitsipas.

On past form, Nadal would have greater reason for optimism should he meet Federer in the last four, having won all five of their matches at Roland Garros.

Federer, whose sole Roland Garros title came in 2009, is yet to drop a set in the tournament, after straightforward wins over Lorenzo Sonego, Oscar Otte and Casper Ruud, ranked 74th, 144th and 63rd in the world respectively, and Mayer never looked likely to dent his progress.

In contrast to Federer’s routine victory, Wawrinka’s gruelling 7-6 (8-6) 5-7 6-4 3-6 8-6 victory stretched over five hours and nine minutes as momentum swapped between him and his 20-year-old opponent.

Tsitsipas spurned eight break points in the final set, taking just five of 27 opportunities in the match, as he failed to tee up another meeting with Federer, who the Greek stunned in a dramatic Australian Open last-16 win in January.

Wawrinka saved three break points at 5-5 in the fifth set before converting the second of two match points with a floated backhand that clipped the outside of the line.

It is the longest match of this year’s tournament, surpassing French pair Benoit Paire and Pierre-Hugues Herbert’s second-round tussle by 36 minutes.

Wawrinka is the last man to beat Federer at the French Open, knocking out his compatriot en route to the title in 2015.

Federer has missed the tournament each year since then in an effort to preserve his body and prolong his career.

Wawrinka has had his own fitness concerns, with a knee injury threatening his career after 2017 Wimbledon. He slipped outside the top 250 after a first-round defeat at last year’s French Open but has since fought his way back to his current ranking of 28th.

“It’s incredible, lots of emotions Thanks to all the fans for staying and the support,” said the Swiss after a victory that featured 123 winners (61 for Tsitsipas and 62 for Wawrinka).

“It’s for these kind of emotions that I live for after coming back from injury.”

“Stan beat me in three sets with his terrible shorts! But he played really great that year.”