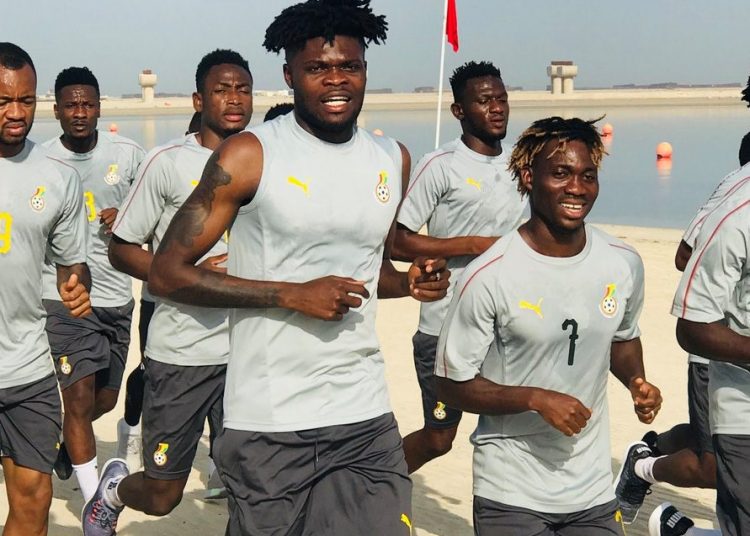 Three more players have joined the Black Stars training base in Dubai for the team’s pre-tournament camp ahead of the Africa Cup of Nations in Egypt.

Atletico Madrid’s Thomas Partey, Torino’s Afriyie Acquah and Deportivo Alaves’ Mubarak Wakaso have all linked up with their teammates after missing Monday’s session.

Kwasi Appiah now has 26 players overall who took part in Tuesday’s beach and gym fitness sessions as they step up work for the tournament in Egypt.

Appiah’s men are expected to play two friendly games against Namibia and South Africa during their 3 week stay in the Middle East before flying out to Egypt for the Afcon.