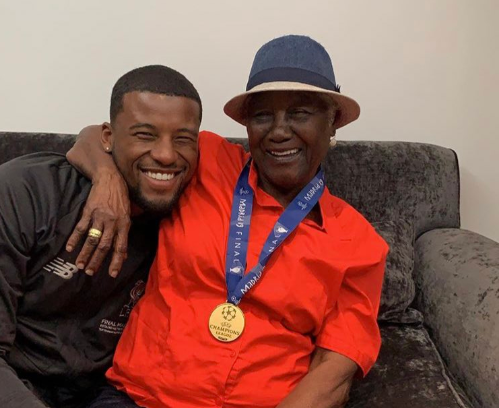 The Liverpool squad and the entire city have been in a celebratory mood since their 2 – 0 triumph over Tottenham in the UEFA Champions League Final.

Midfielder Giorginio Wijnaldum however did not forget to share this valuable piece of history with his grandmother,Francina Wijnaldum.

The 85 year old Francina nurtured the young midfielder from age five and made the forty five minute walk from home with him to training everyday during Ginny’s time at home town club Sparta Rotterdam.

She would always make sure that he arrived safely. 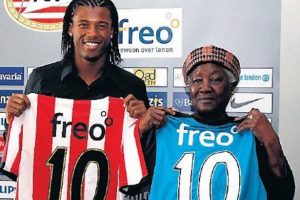 Wijnaldum in 2015 delivered an emotional 20 minute speech about the woman who raised him when he was awarded Dutch footballer of the year.

Thus it wasn’t strange when Francina was seen in a hearty pose with her grandson’s gold medal.

She seemed pleased to have raised an European Champion.