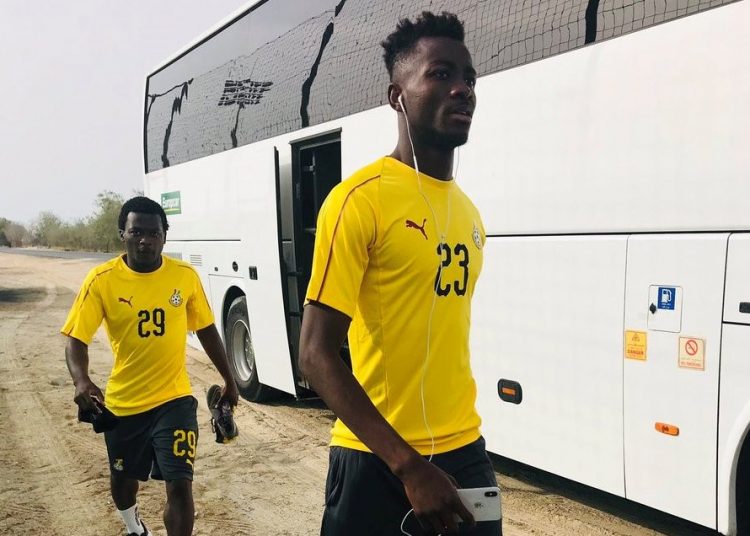 Ghanaian defender, Nuhu Musah, has been granted permission to leave the Black Stars pre-tournament camp in Dubai and travel back to Switzerland at the request of his club, St. Gallen, after he picked up an injury, according to a statement by the Ghana Football Association.

Musah sustained an injury during Black Stars training on Wednesday.

Ghana is camping in the Gulf Region for 3 weeks ahead of the 2019 Africa Cup of Nations in Egypt.

After an initial medical examination by the Black Stars medical team, Nuhu has been permitted to return to his club for further assessment. Nuhu, will be accompanied by Team Psychologist, Dr Patrick Ofori.

It is unclear if the former WAFA defender, 22, will be able to recover in time for the AFCON in Egypt which kicks off on June 21.

Nuhu was handed a debut call up to the team following an impressive season with St. Gallen in the Swiss Super Lig.

CAFCL: We will not return Champions League trophy and medals – Esperance