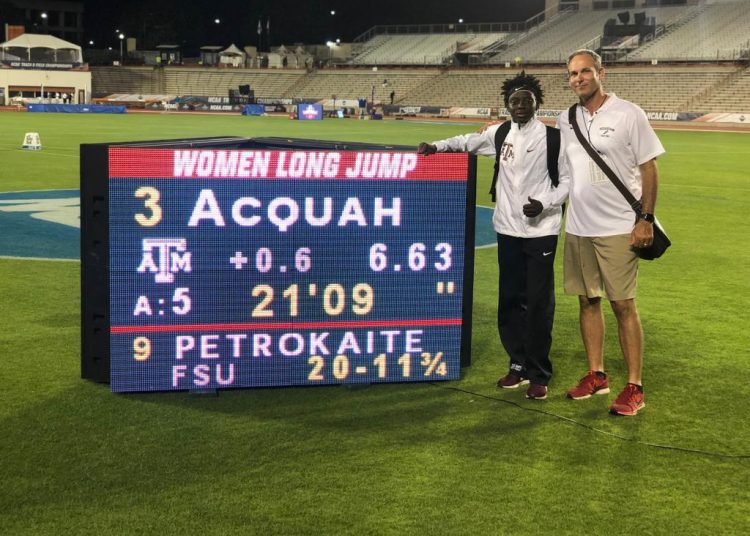 Ghanaian long and triple jumper, Deborah Acquah, picked up a bronze medal in the women’s long jump on Day 2 of the NCAA Division 1 Championships in Austin, Texas.

She secured 3rd overall and a Texas A&M school record for her outstanding performance. Her distance also places her just .07m away from Ruky Abdulai’s national record of 6.70m.

It was a monumental achievement for the former Fiaseman SHS and Western Texas College student on her first outing at the NCAA Championships.

In the running events, middle distance runner, Martha Bissah, fought strong but ultimately finished 4th in her heat with a time of 2:04.12, missing out on the finals by one spot and ultimately, any chance of her winning a medal.

Joseph Amoah, on the back of a new national record in the men’s 200m, could not replicate is blazing performance in the 100m heats, finishing 8th in the 100m men’s finals.

The Coppin State Junior had blistered to a new PB of 10.01s in the 100m heats on Thursday to qualify for the finals, and booking Tokyo 2020 and 2019 World Athletics Championship tickets along with it.

But a slow start meant he could not produce anything close to that, only managing to cross the finish line in a time of 10.22s.