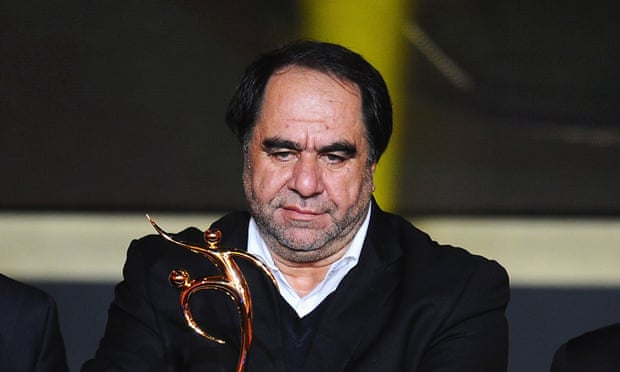 The suspended Afghanistan Football Federation president, Keramuudin Karim, has been banned for life from all football-related activity and fined a million Swiss francs by Fifa following an investigation finding him guilty of “having abused his position and sexually abused various female players, in violation of the Fifa code of ethics”.

“The investigation into Mr Karim concerned the complaints lodged by at least five Afghani female football players, accusing him of repeated sexual abuse in the period 2013-2018, abusing his function as president of the AFF.

“In its decision, the adjudicatory chamber found that Mr Karim had breached article 23 (protection of physical and mental integrity) and article 25 (abuse of position) of the Fifa code of ethics and sanctioned him with a life ban from all football-related activities (administrative, sports or any other) at both national and international level. In addition, a fine in the amount of 1,000,000 Swiss francs has been imposed on Mr Karim. The decision was taken today and the terms have been immediately notified to Mr Karim, via the AFF.”

In November 2018, the Guardian published detailed allegations of sexual and physical abuse members of the country’s women’s national team say they suffered at the hands of the president, prompting the attorney general’s office in Afghanistan to launch an investigation.

Karim and four other members of the federation were suspended and given travel bans.

Fifa twice suspended Karim, who strongly denies the allegations, for 90 days at a time. The world governing body said it had begun investigating the claims in March 2018 after having been made aware of the allegations then.

However, this week the Guardian revealed it had received copies of emails sent to senior officials within Fifa and the Asian Football Confederation, including one from 34 AFF provincial presidents, alerting them to possible sexual abuse, and alleging corruption and abuse of a 14-year-old boy as early as April 2017.

A Fifa spokeswoman, asked about the emails, said: “In early 2018, Fifa was made aware of sexual abuse allegations and immediately began to investigate these serious matters in a way that would ensure, first and foremost, the safety and security of the victims and their families.

“Alleged representatives of the Afghan provincial associations sent emails to various staff in Fifa which made allegations which proved difficult to verify for two reasons: 1. The attachments/enclosures mentioned in the emails were never provided and 2. Fifa staff could not travel to Afghanistan for a fact-finding mission due to the serious security constraints within the country.”

She added that Fifa was “strongly committed to promoting the safety and well-being of all individuals involved in football activities” and had “a zero-tolerance policy on human rights violations and condemns all forms of gender-based violence”.

The AFC said: “Issues with the Afghanistan Football Federation should be addressed to them. The matter surrounding the allegations against certain members of the AFF is being addressed by Fifa.”