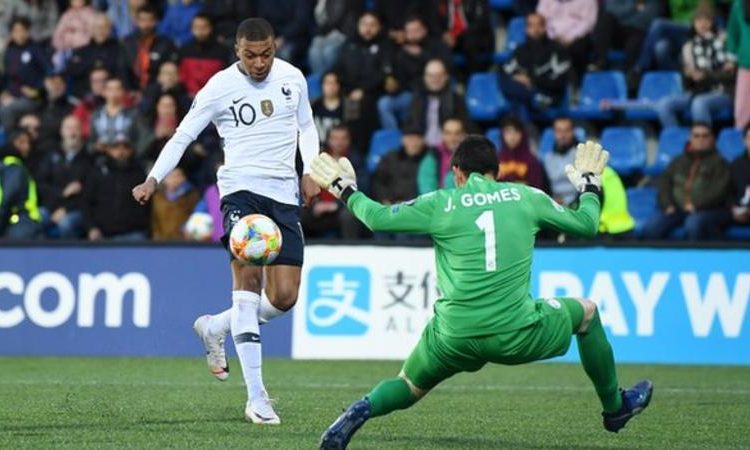 France got their Euro 2020 qualifying campaign back on track with an easy win in Andorra to move top of Group H.

Manager Didier Deschamps made seven changes to the team that lost in Turkey and was rewarded with a dominant display.

Goals from Kylian Mbappe, Wissam Ben Yedder, Florian Thauvin set them on their way with Kurt Zouma rounding off the scoring.

The world champions leapfrog Turkey, who lost 2-1 in Iceland.

France now have nine points from their four games to top Group H on goal difference from Turkey and Iceland.

Their next qualifier is on Saturday 7 September against Albania at home.

Germany smashed eight past Estonia to keep the pressure on Northern Ireland in Euro 2020 qualifying.

Marco Reus gave them a 10th-minute lead in Mainz with Leroy Sane setting up Serge Gnabry for a second.

Leon Goretzka headed in, Ilkay Gundogan scored a penalty and Reus curled in a free-kick to make it 5-0 at half-time.

Gnabry and Timo Werner then scored before a late eighth from Gundogan’s Manchester City team-mate Sane, who also had two goals disallowed.

Germany have won their opening three qualifiers, but remain three points behind Northern Ireland, who beat Belarus 1-0 to make it four wins from four.

They meet on Monday, 9 September in Belfast. Group rivals the Netherlands were not in action as they were playing in the Nations League finals.