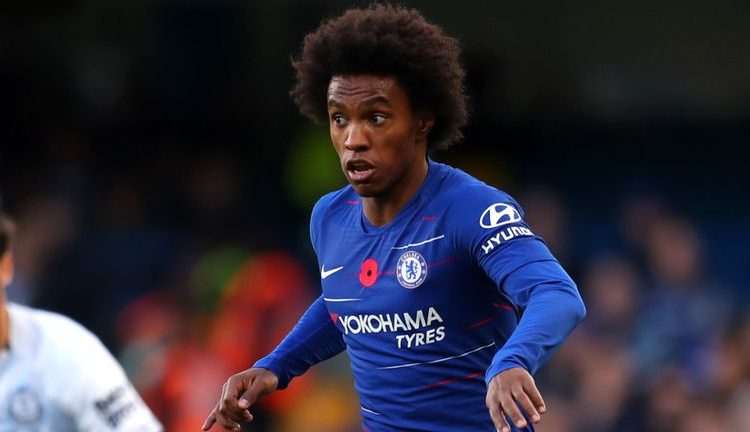 Chelsea appear determined to keep winger, Willian, after the club once again rebuffed approaches for the player.

The club rejected bids of £35m from both Spanish Champions, Barcelona and Atletico Madrid for the Brazilian according to reports from England.

Chelsea had earlier rejected three bids – a final one of about £55m – last summer for Willian while further approaches from Barcelona, including a rumoured player-plus-cash switch, were binned by the Blues.

Willian has one year left on his current deal and could leave the club for free if he does not sign a new contract.

The player has been a key part of Chelsea’s team since his move from Russian side, Anzhi Makhachkala, for £30m in 2013.

While he’s had a decent time at the club, including winning two Premier League titles, a Europa League crown and an FA Cup while scoring 52 goals, Willian’s starting place came under threat last season with the rise of Callum Hudson-Odoi and Maurizio Sarri’s preference for Pedro in the second half of the campaign.

And with the club facing a two-transfer window ban, they would prefer not to lose any more of their main players.

Willian is currently away with Brazil at the Copa America where he was a late call-up to replace the injured Neymar.

He came on as a substitute in the host nation’s 3-0 win over Bolivia.