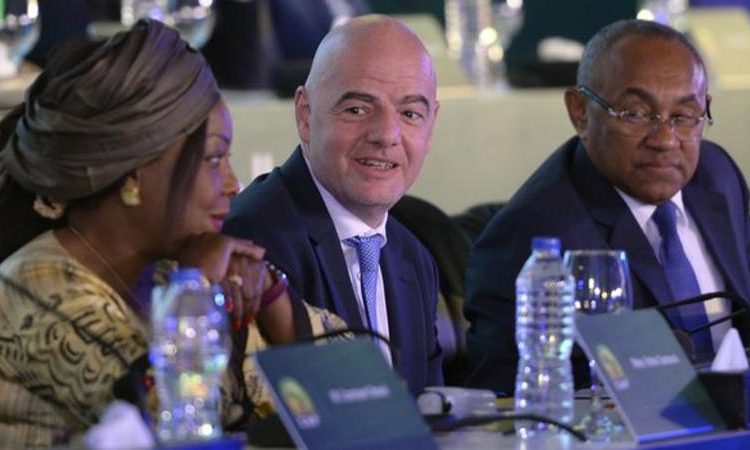 FIFA will appoint its Secretary General Fatma Samoura to the Confederation of African Football, CAF, to act as a High Commissioner amidst administrative crisis at the African football governing body.

If the proposal is approved, Samoura would take charge for at least six months from 1 August.

African football’s ruling body has been in the spotlight recently, with Caf president Ahmad questioned by French authorities earlier this month as “part of a probe into corruption, breach of trust and forgery”.

The 59-year-old, who is also being investigated by Fifa’s ethics committee, was released without charge following the talks in Paris and has dismissed all allegations against him as “false”.

Other recent issues include the decision to replay Caf’s flagship club match after this month’s African Champions League final was marred by a boycott following the failure of the VAR system.

There was also controversy with regard to rescheduling the 2019, 2021 and 2023 Africa Cup of Nations finals.

“The rule of the temporary Fifa high commissioner for Africa would be to conduct a root and brand (sic) review of governance of the confederation, oversee operational management of the organisation and recommend where needed a series of reform efforts,” a leaked memo stated.

“The Fifa high commissioner for Africa would act under the supervision of both the Caf president and Fifa president [Gianni Infantino].”

The Senegalese would have to delegate some of her Fifa duties if she takes charge, said a source with knowledge of the process.

Caf’s executive committee met on Wednesday in Egypt, which will host this year’s Africa Cup of Nations between 21 June and 19 July.

BBC Sport Africa understands that any decision would have to be rubber-stamped when the Caf Congress meets in Cairo on 18 July, the eve of the 2019 Nations Cup final.