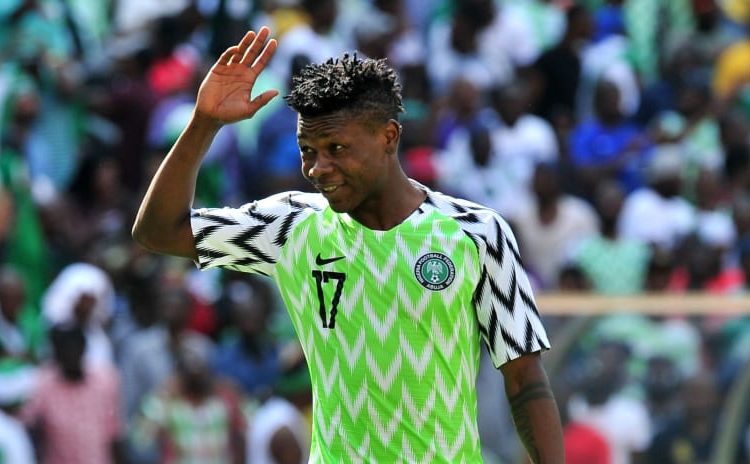 Nigeria head coach Gernot Rohr says striker Samuel Kalu is okay after he collapsed in training on Friday night and was rushed to hospital immediately.

There were fears that the forward who turns out for French club Bordeaux might have some heart condition, but that was dispelled after checks in an Alexandria hospital.

Kalu played no part in Nigeria’s opening game against Burundi on Saturday as a precaution but was at the stadium in support of the team.

Coach Gernot Rohr speaking to CafOnline after the match said the striker was okay.

“Kalu had a problem on Friday when he fell as we were doing some drills on corner kicks. He was rushed to hospital and fortunately, the doctors said it was a problem of dehydration, not a heart problem. He didn’t drink enough,” Rohr noted.

“But he is okay now, he is in high spirits. We will wait for more green-light from the medical team before we can decide whether he can play. He is okay. The rest is up to the medics,” further stated the German coach.

Kalu indeed affirmed that he was okay, leaving the team’s dressing room after the game with a smile and a thumbs up when asked whether everything was fine.

Rohr said his team has been hit with sickness with defender Shehu Abdullahi coming off after just 39 minutes in the game against Burundi on Saturday.

“We had some sick players coming in here because of the weather when we were training in Asaba. But I believe they will be okay and we can have a fully fit team,” stated the tactician.

Nigeria play their next game against Guinea on Wednesday in what is expected to be a tough duel.

#AFCONonCiti: “This is the best Black Stars Camp Ever”- Kwesi Appiah

#AFCONonCiti: "This is the best Black Stars Camp Ever"- Kwesi Appiah