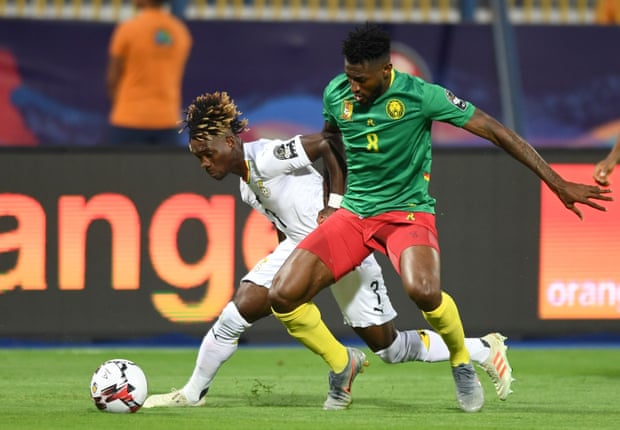 Black Stars winger, Christian Atsu limped off the field with what looked like a hamstring injury in the first half of  Ghana’s African Cup of Nations (AFCON) clash with Cameroon.

Atsu went down after a decent run and shot in the 14th minute, immediately clutching the back of his thigh, a gesture usually associated with hamstring injuries.

Although Atsu has not managed a goal or assist so far, he remains a key player for his side having scored 10 goals for the Black Stars.

Three of those goals have come at the AFCON.

The Black Stars are desperate for their first win of the 2019 AFCON having drawn 2-2 with Benin in their group opener.

Atsu faced a lot of criticism for his performance in that game but most Ghanaians will hope he makes a quick recovery as the Black Stars aim for a fifth African crown.

Thomas Agyepong was ruled out of the match against Cameroon after picking up an injury in the game with Benin while Andre Ayew recovered in time from a knock to start the game.

Cameroon top the group after beating Guinea-Bissau 2-0 in their opener.