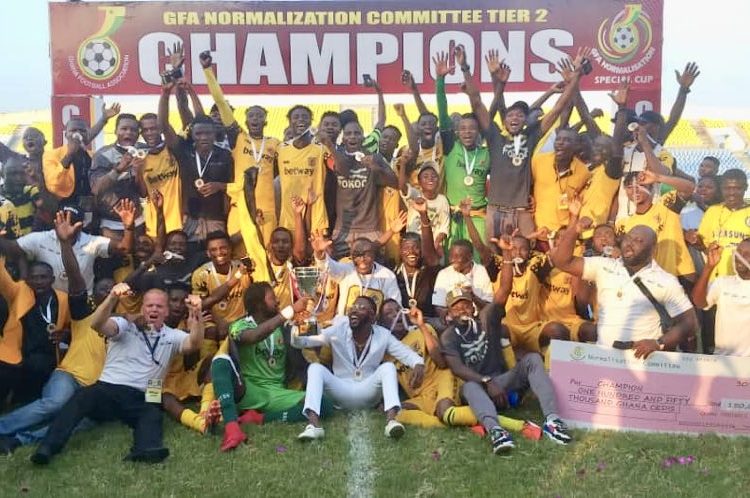 Ghana Premier League side AshantiGold emerged as winners of the Tier II Special Competition after defeating Nzema Kotoko in the final by 1-0 at the Cape Coast Sports Stadium on Sunday.

AshantiGold defeated Tier 1 Champions Asante Kotoko by 3-1 in the semis while Nzema Kotoko defeated Unistar Academy to reach the final.

Mark Agyekum scored the only goal of the game in the 38th minute of the first half as he hit a low strike to beat Nzema Kotoko goalkeeper Evans Quansah from 20 yards.

AshantiGold will take home a trophy as well as a cash prize of Ghc 150,000.

The miners will represent Ghana in the CAF Confederation Cup for the 2019-20 season after this win.