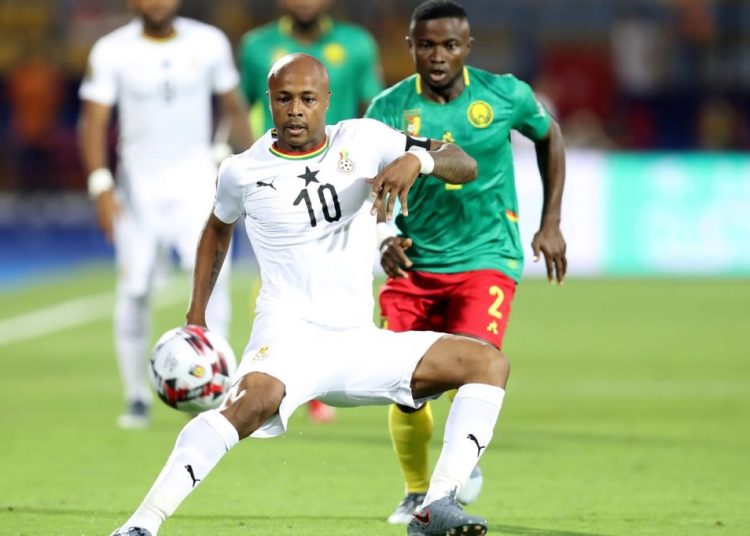 The Black Stars of Ghana have the chance to qualify to the Round of 16 stage of the African Cup of Nations as they take on Guinea Bissau in Suez.

After two draws for the West African giants, the game against the Djurtus presents an opportunity to progress from their group.

There is a lot at stake for the Black Stars as Cameroon, the team that looks the likeliest to advance from Group F, face Benin in the other group game to conclude the group stages of the AFCON.

Kwesi Appiah will have some selection headaches as Christian Atsu has been ruled out of the game against Guinea Bissau with Kasim Nuhu also set to miss the game after receiving two yellow cards in the last two games rendering him ineligible for the next match. Jonathan Mensah is also a doubt for the game.

However, John Boye is available for selection having been suspended for the game against Cameroon.

Speaking to the media ahead of Ghana’s last game of the group stages, Kwesi Appiah said: “The doctor took Atsu for a scan and Jonathan as well who also picked up an injury. We will have today’s training and we wait for the full report.

“According to the doctor, Atsu doesn’t look good but Jonathan will take part in the training session today to assess his situation,” Appiah said at his pre-match press conference.

Kwesi Appiah, however, maintained that there is enough squad depth in the team in the center back position and there are enough players to cover for the absence of Jonathan Mensah, if he fails to recover, and Kasim Nuhu, who is suspended for the game.

“We have about 5 players who can play at center back so hopefully we should be fine,” Appiah said.

A win will see Ghana qualify with 5 points, a defeat will almost certainly end the Black Stars chances of winning their 5th AFCON trophy and a draw, may not be enough for them to qualify to the next round of the competition.

The Djurtus, just like the Black Stars have the chance to qualify as a win will put them in a firm 3rd position or even 2nd depending on the result from the game between Cameroun and Benin.

Coach Baciro Kande has no injury concerns or suspension concerns as he will be looking to pulling a shocker against Ghana in Suez.

The West Africans lost their first game against Cameroun before holding Benin to a goalless draw which leaves them fourth heading into the final group of matches in Group F.

The Guinea Bissau head coach missed his turn to brief the media ahead of this decisive clash against Ghana.

The game will kick-off at 16:00GMT and will be live on both Citi FM and Citi TV.