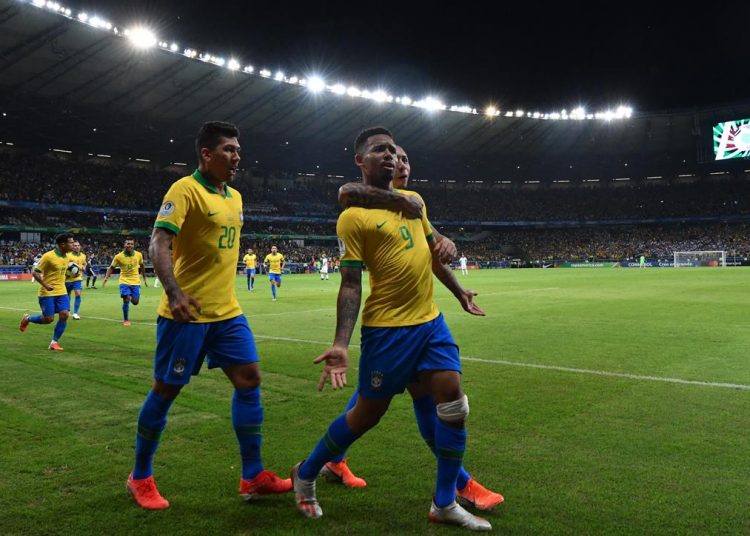 South American powerhouse, Brazil have beaten arch-rivals Argentina in Belo Horizonte to advance to the final of this year’s Copa America.

The Samba Boys booked their place in the final courtesy goals from Gabriel Jesus and Roberto Firmino in both halves of the game to set up a date with either Chile or Peru.

The Tite-led side have been very convincing all tournament long and have not conceded a goal in the tournament.

They showed similar strength against Argentina as they dominated their rivals.

The eight-time Copa America champions took the lead after a nice assist from the Liverpool target-man, Roberto Firmino finished was directed beautifully by Gabriel Jesus past keeper Franco Armani.

The Manchester City striker returned the favour to his compatriot setting him up for the second in the second half to seal Brazil’s place in the final.

Argentina, on the other hand, have had a very uninspiring tournament having struggled to make it through the group stages.

The Messi-led side yet again proved critics right as they continued their lacklustre form against Brazil.

The Samba Boys will now face either Chile or Peru who will play in the other semifinals of the Copa America.