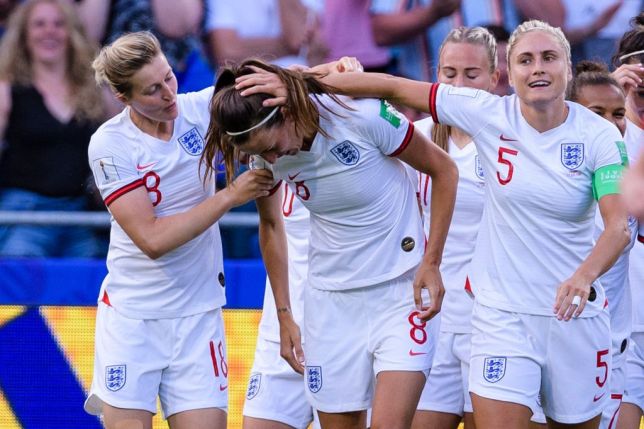 The Three Lionesses of England were unlucky as the United States of America’s Female National Team became the first women’s team to make it to three consecutive World Cup finals.

The English ladies were downed by a Christen Press and Alex Morgan goals to send the Americans into the finals.

The U. S. will play either Sweden or the Netherlands on Sunday in the Women’s World Cup finale at Stade de Lyon.

Christen Press gave the Americans a great start as she headed home from a brilliant cross from Kelley O Hara in the 10th minute of the game.

Ellen White snapped back from a very clinical strike to level the game in the 19th minute.

Alex Morgan had plans on her own as she smartly pounced on a cross from Lindsey Horan in the 32nd minute to give the U. S. A. the all-important victory.

After scoring her first goal after a four-game drought, Alex Morgan pulled off a stunner celebration, imitating a tea-sipping gesture.

Ellen White scored in the second half of the game but was disallowed by a VAR decision, which ruled that she was offside.

England were awarded a penalty after it was confirmed by VAR, but Naeher denied Steph Houghton a leveller.

Millie Bright was sent off after a second yellow card in the 86th minute of the game as the Three Lioness finished the game a woman down.

England who were hoping for a first Women’s World Cup final will have to wait another four years while the Americans will be looking forward to retaining their title against either Sweden or Netherlands.