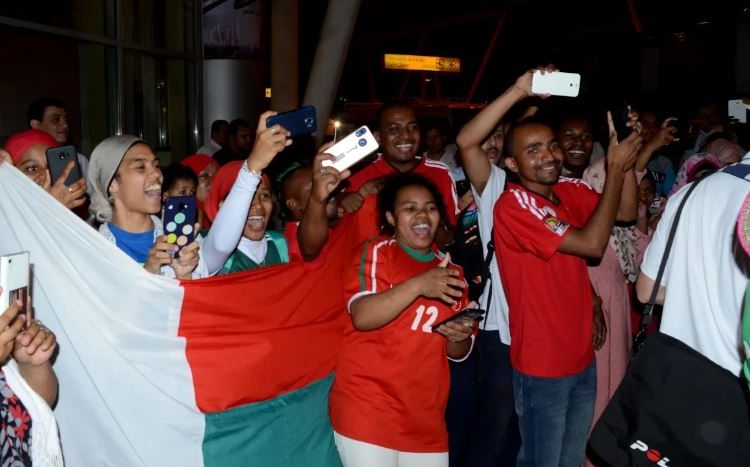 Madagascan President Andry Rajoelina has chartered a 480-seater plane to take football fans to Egypt for the Africa Cup of Nations after the country unexpectedly qualified for the round of 16.

Excitement has been building in the Indian Ocean island nation as the team emerged on top of group B after beating three-time tournament winners Nigeria 2-0.

There are no direct commercial flights from Madagascar to Egypt.

“Barea”, who take their nickname from a breed of local cattle, will play Democratic Republic of Congo on Sunday for a place in the quarter-final.

“After hearing the demands of supporters, President Andry Rajoelina and the Madagascan state have decided to mobilise an Airbus 380, with 480 seats, to transport supporters,” Rinah Rakotomanga, communications chief for the presidency, told AFP.

The flight will leave Antananarivo on Saturday and return immediately after the game.

But the adventure will not be for free — tickets cost about $600 (530 euros) including the flight, a seat at the match and meals.

Rajoelina had announced he would attend the match, sparking a campaign to enable other fans to travel.
“Do not go alone to Egypt President Andry Rajoelina, there are supporters who are ready to fill a plane and the empty stadium,” said former opposition MP Guy Rivo Randrianarisoa on social media.

Madagascar will face a tough game at the weekend — they are ranked 108th in the world, with DR Congo in 49th.

“Barea’s participation is historic,” said Jean Josue Njakasolo, 38, as he lined up to buy his ticket at an Air Madagascar ticket office.

The price “does not mean anything compared to the honour that our national team gives us,” he said.