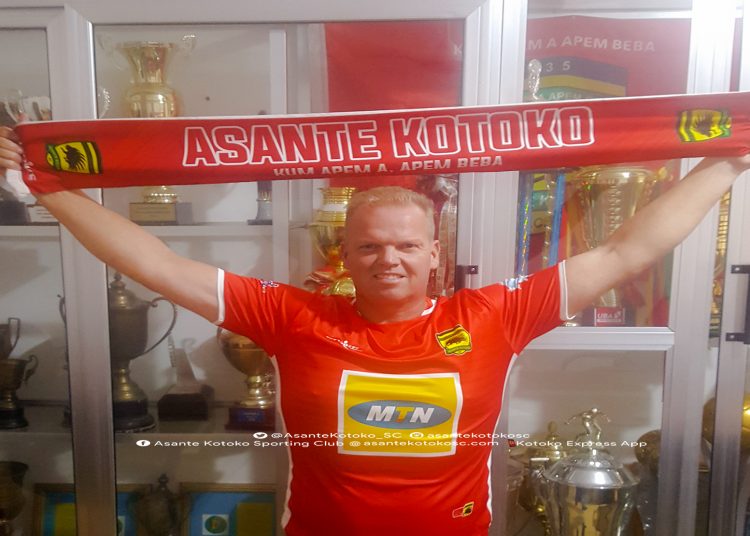 Kjetil Zachariassen has been tasked to lead Asante Kotoko to the group stage of the 2019/20 CAF Champions League as he pens a three-year coaching deal with the Porcupines.

The development follows Asante Kotoko’s decision to promote coach, Charles Kwablan Akonnor to the role of a Technical Director and Head of the technical team.

Kjetil Zachariassen’s contract would see him through the 2019/20, 2020/21 and 2021/22 seasons, and he is expected to lead the Porcupines to the group stage of the Champions League in the first season.

The second-year should also see him qualify the team for the Champions League again with the target of a semi-final berth.

The Champions League qualification is also expected the following year, this time around with a place in the final on the cards.

The Porcupines would take solace in three CAF Confederation Cup campaigns within Kjetil Zachariassen’s three-year period should they fail to make the Champions League mark.

The club, however, expects to win at least one of the three competitions within the period of the relationship with the coach.

The Champions League and Confederation Cup qualifications depend on Asante Kotoko winning either the Premier League or the FA Cup.

“Notwithstanding the above, the Head Coach shall ensure that in each of the football seasons, the club shall win either the league or the CAF Cup competitions.”

AFCONonCiti: Expect a tough but entertaining game against Tunisia – Appiah

AFCONonCiti: Expect a tough but entertaining game against Tunisia - Appiah