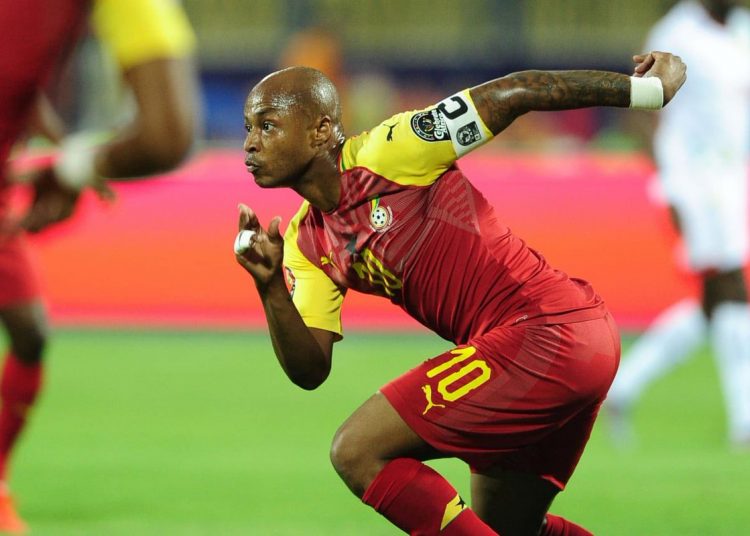 In 2012, during the last confrontation between Ghana and Tunisia at AFCON, Andre Ayew won the game for the Black Stars by scoring the winning goal in the quarter-final against Carthage Eagles. Seven years later, the captain of Ghana wants to cross the Tunisian hurdle again. For Ayew, Ghana “is hungry for a trophy”.

Having a father as a football legend is difficult for some players to take on. But among the Ayew family, direct descendants of Abedi Pelé, it is a key element.

Unstoppable support for his boys, the former CAF Player of the Year has been able to transmit his passion. Andre, a copy of his father also followed his footsteps as a midfielder.

When Andre talks about the golden generation that won the Africa Cup of Nations in 1982, along with Abedi Pelé and current coach James Kwesi Appiah, someone he admires. “These are different times but they have advised us to stay calm and to have no regrets “.

The years when young Andre seemed frail are now behind him. Thanks to a rich experience of more than ten years, the Turkey-based player has made his way to the captaincy of the Black Stars.

He joined the national team at a very young age. Starting first at the U-20 level, before his promotion to the first team in 2007, then under the captaincy of Stephen Appiah, now Team Manager of the current technical staff. In a few years, the young man has grown to become a man who makes a bold declaration at every tournament. As captain of the Black Stars, the 29-year-old works in the continuity of his predecessors.

“We have to have to stay calm to hold this. Our country loves football so much that there is a lot of pressure on the players, the federation and the coach, but I think I have to keep doing my job, which is to lead the team also in my own way. I learnt a lot from seniors such as Stephen Appiah, John Mensah and Asamoah Gyan. I try to apply their leadership techniques to mine. ”

The atmosphere in the group is “perfect,” he says. With the younger ones, the integration was done in a natural way. Having the opportunity to evolve with your brother is a bonus for the older brother. Often together at the same club, (Olympique Marseille and Swansea City) or in Ghana Black Stars, the complementarity of the brothers could be observed over the matches.

Andre knows that Ghana is “hungry for a trophy”. The next match against Tunisia will be tough. “I had the opportunity to play several AFCON editions; the group stages and the knockout phase are two different things, and that’s when you lose and you go home.”

In 2012, the opportunist Andre was the hero of the Ghana – Tunisia quarter-final clash. During the extra time, as the two teams struggled to break the tie, the midfielder took advantage of goalkeeper Aymen Mathlouthi’s blunder to score Ghana’s winning goal. Can the Ghanaian captain pull his team again to victory? The answer this Monday, July 8th.