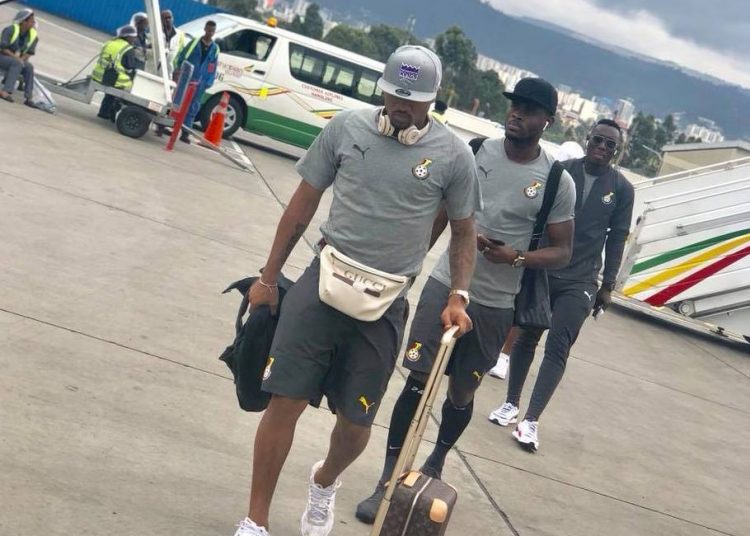 The Black Stars of Ghana have arrived safely into the country after exiting the 2019 AFCON tournament at the Round of 16 stage at the hands of Tunisia.

The players arrived at the Kotoka International Airport around 3:00 am.

The team was without Christian Atsu who picked up a hamstring injury in the game against Cameroon and returned to his parent-club, Newcastle United for treatment.

Reports also suggest that some of the players have already left to their various clubs a day after the loss to the North Africans.

The team that arrived comprised of the technical staff of the head coach, Asamoah Gyan, Lawrence Ati-Zigi, Richard Ofori, Kwabena Owusu, Lumor Agbenyenu who were all in a sombre mood.

The usual team mood prior to the games at the tournament had always been joyous, with lots of singing and dancing but their arrival was in stark contrast, with hardly any fuss being made by the players or the staff.

Kwesi Appiah and his men were looking at making it a fifth AFCON title but their dreams were cut short following the defeat to the Carthage Eagles.

The team lost to Tunisia on penalties after the game finished 1-1 after regulation time.

Tunisia scored the first goal in the second half courtesy Khenissi before Rami Bedoui scored an own goal to send the game into extra time.

Caleb Ekuban missed the only penalty of the shootouts as Tunisia won their first game against the Black Stars of Ghana at a major competition.