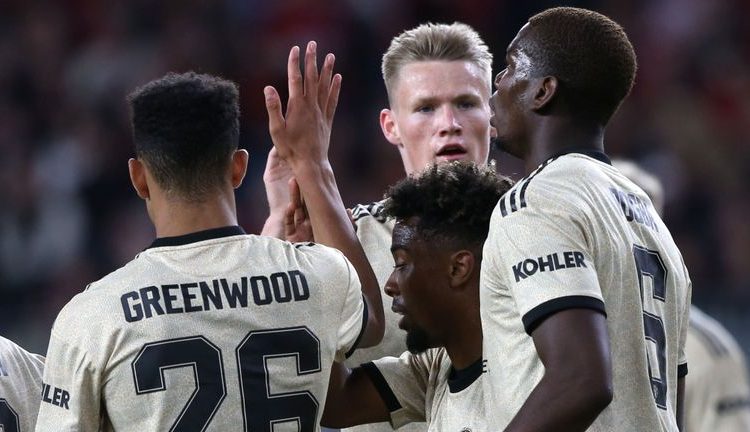 Manchester United kicked off their pre-season campaign with a 2-0 victory over Perth Glory at Optus Stadium.

Marcus Rashford broke an hour of Perth resistance with an instinctive first-time volley, before substitute James Garner wrapped up the win with his second touch with a 20-yard drive five minutes from time.

Rashford and Paul Pogba were among the 11 half-time changes made by Ole Gunnar Solskjaer, who handed debuts to summer signings Daniel James and Aaron Wan-Bissaka in either half, both of whom impressed.

United remain in Perth ahead of their second pre-season match against Leeds at the same stadium on July 17, before embarking on the south-east Asian leg of their tour.

United, aided by pacey debutant James – who tormented the Perth defence down the left flank – dominated possession from the outset but took 19 minutes to fashion a chance as captain Ashley Young lashed a free-kick into the side-netting from 25 yards.

After Andreas Pereira and Anthony Martial fired shots wide, Jesse Lingard introduced himself to the game just before the half-hour mark with a curling shot towards the top corner which drew a fine save from Perth goalkeeper Liam Reddy at full stretch.

Perth’s forays forward were few and far between but, when they did manage to cross the halfway line, they were swiftly dealt with by Phil Jones and Axel Tuanzebe, who was back in United colours after spending last season on loan at Aston Villa.

Unable to find the breakthrough before the break, Solskjaer went ahead with his planned wholesale changes at the interval and they had the desired effect as a mix of youthful exuberance and top talent piled the pressure on Perth.

Pogba dragged wide when presented with an early sight of goal and Mason Greenwood lashed an effort into the side-netting before Rashford made the breakthrough on 60 minutes, the England international watching Pogba’s flick fall over his shoulder before lashing a first-time volley beyond Reddy.

Greenwood should have doubled United’s lead instantly after being played through on goal by Juan Mata, dragging a shot wide with just the ‘keeper to beat. But with United firmly in control, a second soon followed as 18-year-old Garner pounced on the loose ball in midfield and fired a crisp strike into the bottom corner.

Greenwood then saw an effort impressively tipped onto the post by goalkeeper Tando Velaphi but the result was in hand as United got up and running with a win in Australia.