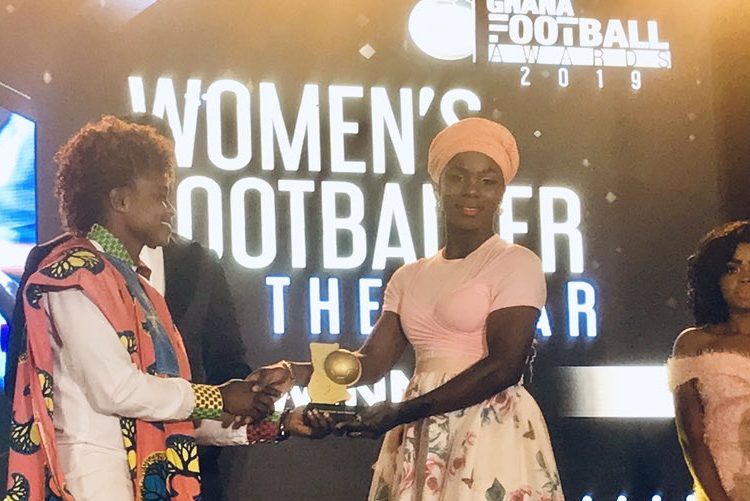 Black Maidens Captain, Mukarama Abdulai, has won the Women’s Footballer of the Year award for 2018 at the Ghana Football Awards.

Mukarama also walked home with the Future Star of the Year award, capping off a wonderful last 12 months for the Northern Ladies striker.

Mukarama won the top scorer award with 7 goals at the 2018 FIFA Women’s U-17 World Cup in Uruguay and was also adjudged the 3rd best player at the competition as the Maidens crashed out to Mexico at the quarter final stage.

Her 7 goals made her the outright top scoring at the FIFA Women’s U-17 World Cup, surpassing Jane Ayieyam’s record 6 scored over two tournaments (2012 & 2014).

Below is the full of winners

Goal of the Year
By Joseph Esso – Hearts of Oak