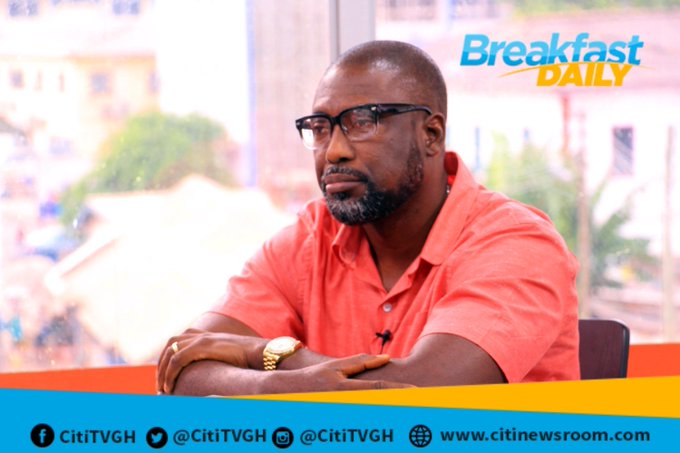 The Deputy National Communications Director of the New Patriotic Party, Richard Nyamah believes the Sports Ministry should be scrapped and that he thinks it is ineffective.

Speaking on Citi TV’s  Breakfast Daily, he shared his views on the budget which was presented to the Parliament of Ghana on Wednesday, July 24, 2019, by the Minister of Youth and Sports, Isaac Asiamah.

The minister stated that the Black Stars spent $4.5 million at the recently ended 2109 AFCON tournament in Egypt.

The Sports Ministry budgeted a total of $6.3 million but the team spent $4.5 million after they were eliminated in the round of 16 stages of the competition.

The Carthage Eagles dealt a heavy blow to the quest of the Black Stars as they search for their fifth AFCON trophy in over thirty decades.

The budget expenditure read by Isaac Asiamah has raised a lot of questions in the country and Richard Nyamah also expressed his view on what transpired yesterday in parliament.

The Communications Director views the budget as presented by the Sports Minister is an embarrassment to the country.

“I am scandalized. It is embarrassing and it looks like we as a country, we never learn.

We were the mockery of the world in 2014 when we had to airlift some $5 million to our players in Brazil.

Four or five years on, maybe we didn’t airlift but probably carried it in a “Ghana must go” bag. What is it about the Sports Ministry that makes it so filthy?”

“If I had my way, it is one Ministry I would have scrapped. I don’t see its use.”

Nyamah went on to state that the nation had fallen behind in growing its football and noted the differences between the present condition of football and a few years ago.

“AFCON, whatever, let’s forget our pride. We’ve won it four times some years ago. It is gone. We have lost touch with the game.

For Ghana to win another AFCON, I don’t see it happening in my lifetime. We don’t have a football league. Those that are winning have proper leagues.

And why is it so? Number one, we have politicized our football” he opined.

“I am an ardent Hearts supporter, I used to follow football a lot on Wednesdays, and they played midweek. In my University of Ghana days, I’d be in the stadium. If I had to skip lectures, I’d do it. On Sundays, I go. I was at the Accra Sports Stadium on May 9.

“Then football in Ghana was interesting. There was passion in it and there was something to hold on to.” he added.

The business of football

Nyamah highlighted the transition of football across the world and addressed the business aspect of the game and called for further investments to be made in Ghanaian football.

“It is a business now, I think we should privatize it. Those who want to play this football should play and go.

We are wasting resources on people who get paid thousands of dollars a week. What is the point?. That $4.5 million could have been pumped into the Ghana Premier League to bring it up to standard. That is how we promote the local league.”

Richard Nyamah observed the pattern of issues of excess spending of the country’s resources on the Black Stars where he traced it from the era of ex-President, Jerry John Rawlings.

“From Kuffour’s time, we had the Mallam Issah scandal and then, one scandal after the other. Take it back to Rawlings’s time, E.T. Mensah. What exactly have we had?

If we are to compile the money we’ve put into football what have they to show for it?

Let’s not call it the Ministry of Sports. It’s the ministry of football because what other sports in this country is striving and doing well?

“Which sports have we put a million dollars into in this country? It is all about football.

He propounded that the issues in the country are overly politicized and was of the opinion that football should not be one of the issues that should be entangled with politics.

“I have lost my passion and interest in local football. I don’t mind anymore because everything you see and hear in football is politics.

And that and the church are the things which should not be involved with politics.

“There is enough politics in the open space.

Churches, sports, football, everything in this country, even eating. The kind of food we eat, we have put politics in it and that is the reason why we are where we are.”

He emphasized on his earlier advocacy to scrap the sports ministry and allow private individuals to take control of the footballing space in the country.

“I think we should totally scrap it, the ministry, and let the GFA run it.

We don’t need the ministry to spend $4 to 5 million every year and come back empty-handed.

He concluded by saying the budget read was “pathetic” and “insulting”