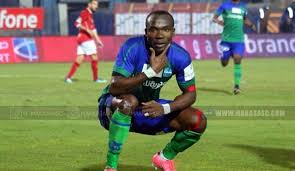 Antwi has penned a three-year contract from Misr Makasa.

He was previously linked with giants Zamalek after a successful three seasons with Makasa where he banged in 37 goals since in the 2016/17 season.

Antwi is highly rated in the North African country after emerging as the highest foreign scorer in the Egyptian Premier League with 69 goals; smashing the record previously held by countryman Papa Arko.