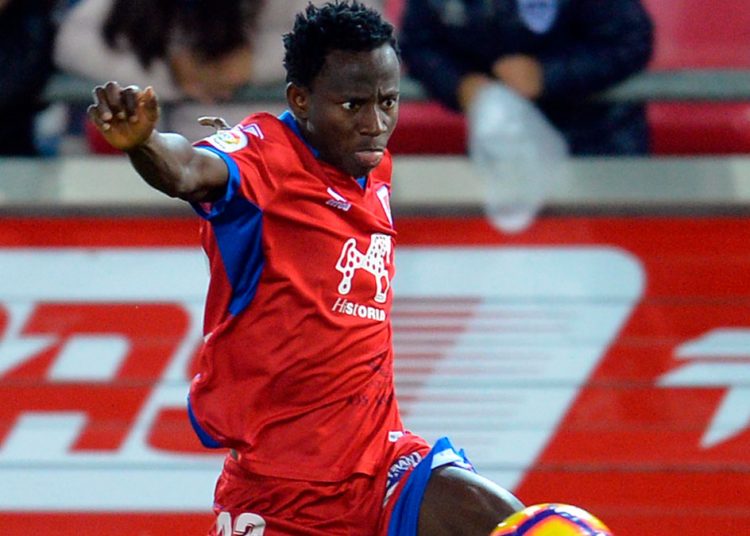 Ghanaian winger, Yaw Yeboah, has joined Spanish Primera Liga side, Celta Vigo, on loan from Numancia for the 2019/ 2020 league season.

Yeboah joined Numancia in 2018 on a three-year deal from Manchester City and he featured 34 times for the club scoring two goals in the process.

It is expected that Yeboah’s move to Celta Vigo will help his development  and should he impress at Celta Vigo, there is an option for them to purchase him outright.

Yeboah was part of Ghana’s provisional 29-man team for the 2019 AFCON in Egypt but he failed to make the final 23 chosen for the competition.