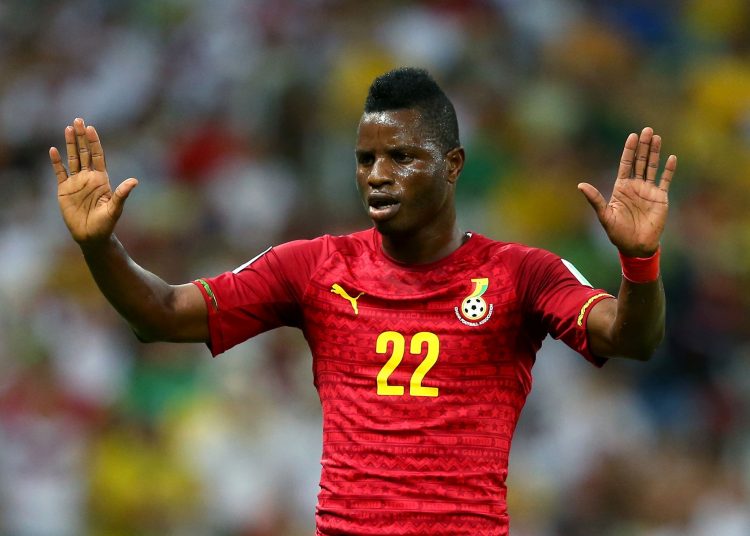 Deportivo Alaves and Black Stars midfielder Mubarak Wakaso has ruled out any possibility of hanging up his boots with the national team despite the early exit from AFCON 2019.

Wakaso was named man of the match in Ghana’s round of 16 defeat against Tunisia where he broke down in tears at the post match conference,claiming that it hurt to be eliminated after putting in maximum effort.

Prior to the start of the Afcon, Ghana and Newcastle winger Christian Atsu mentioned that a good chunk of the current crop of players in the national team would call it quits if the Black Stars failed to win the competition.

“I can’t complete my time with the Black Stars without winning something.

“I need to win something before I stop.

The combative midfielder explains that the current crop must leave a winning culture and legacy behind that the next generation can learn from.

“To be honest there are young ones coming up and we have to make way for them to also continue but we must set an example for them to come and continue,” he revealed on Face to Face on Citi TV.