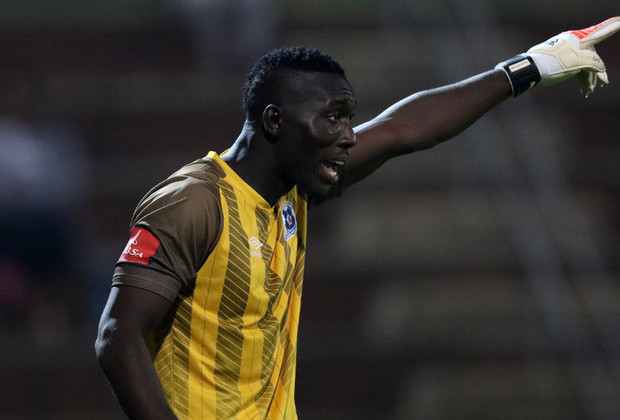 Black Stars goalkeeper, Richard Ofori, will be wearing the captain’s armband for his club, Maritzburg United, next season on match days in the South African Premier Soccer League according to the club.

The decision was made public on Friday via a statement on Maritzburg’s website.

According to the team’s head coach, Eric Tinkler, Nazeer Allie will be the team’s main captain but Ofori will have the band on match days since he would almost always play by virtue of being the team’s number one goalkeeper even though there would be competition for places all players in the team.

“We are going to have our match-day captain which will be Richard Ofori Like I said before, there is very little guarantee to any player that he will be in the starting line-up – that’s the type of competition we want to create.

So selecting a captain was always going to be difficult. Richard, a national team goalkeeper for Ghana, is definitely our first-choice goalkeeper, so it made sense to appoint Richard as our match-day captain.

Then we have the club captain. Who plays even more of an important role because he is representing the players to the club and also to me. And that person will be Nazeer Allie. Because of all his experience.”

Ofori joined Maritzburg in 2017 from Wa All Stars and over the period, his profile has grown and he has become an important player for the team and the Black Stars.

He was with the Black Stars in Egypt for their 2019 AFCON campaign which ended in the Round of 16 where they lost to Tunisia on penalties.