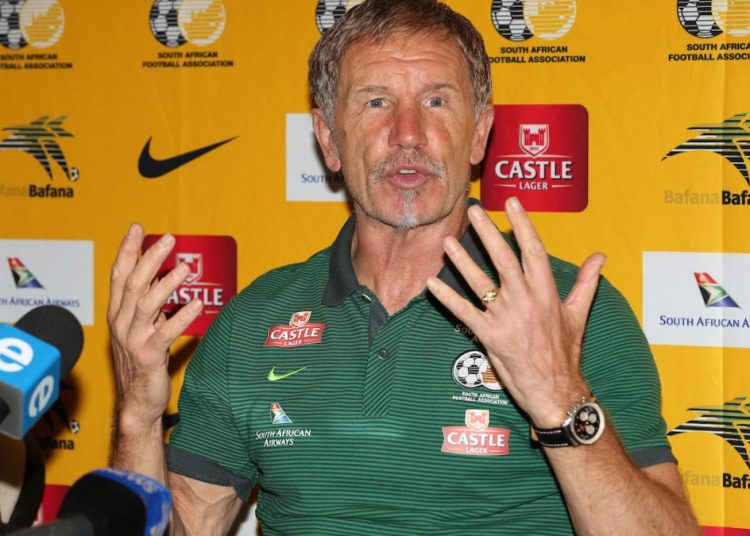 The Bafana Bafana coach has confirmed he has resigned although he has three years left on his contract.

The Englishman was appointed on a five-year deal to take charge of affairs of the South African men’s football team on May 4, 2017.

The 65-year-old qualified the South Africans to the 2019 Africa Cup of Nations tournament.

He led Bafana Bafana to the quarter-finals of the AFCON where they sensationally beat host nation, Egypt in the round of 16 of the tournament.

The one-time AFCON champions, however, were not that impressive in the recently ended AFCON as they scored just one goal in the group stages and only qualified to the round of 16 as one of the best third-placed countries.

Their fairytale ended against the Super Eagles of Nigeria who emerged as bronze medalists.

The English international called for a press conference to announce his decision to resign from his post as head coach of South Africa.

“Someone should continue with this project and therefore I am resigning as Bafana Bafana head coach, Baxter said.

“It was my personal decision to step down.”

“I feel that I cannot continue to work with the required professionalism and passion as I have done, and to deal with the many issues involved with this programme.

“I’ve chosen not to point fingers in the past and will not do that now, and even when it would have been better for me personally to blame others I’ve tried to recognise what I could do to affect the situation and keep a level of integrity.”

He was previously manager of SuperSports United and Kaizer Chiefs all in South Africa.