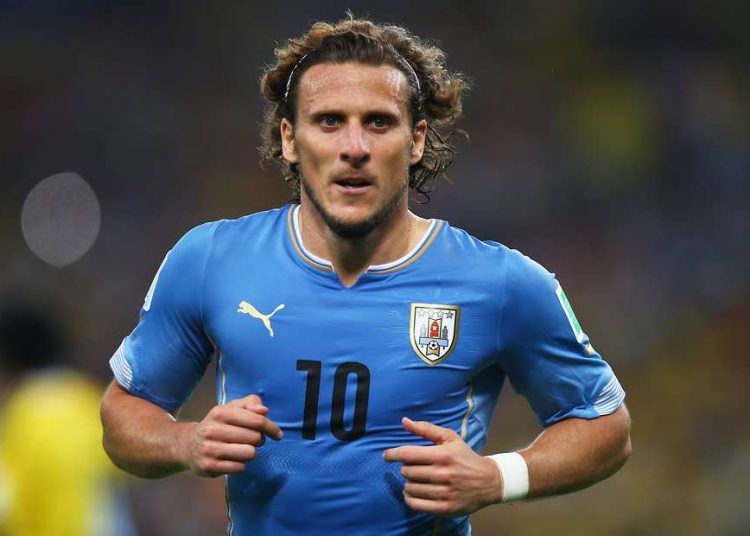 The 40-year-old, who played 112 times for Uruguay, also played for Villarreal and Inter Milan last played for Kitchee in Hong Kong in 2018.

He won the Premier League in 2003 with United and the Europa League while at the Spanish side Atletico in 2009.

“It hasn’t been easy, I didn’t want the time to come, but I knew it was going to come,” Forlan told Telemundo.

“I have decided to stop playing football professionally.”

Forlan started his professional career with Independiente in Argentina before earning a move to Manchester United in January 2002.

He won the Premier League with Manchester United in 2002-03 and the FA Cup the following season before joining Villarreal in 2004.

Forlan enjoyed a prolific spell in La Liga, scoring 128 goals in 240 league games for Villarreal and Atletico Madrid, while also helping the latter clinch the Europa League in 2009-10.

His best season in Europe came with Atletico during the 2008-09 campaign when he scored 32 league goals in 33 appearances for the club, beating out Samuel Eto’o of Barcelona and David Villa of Valencia to lead the league in scoring.

After a brief spell at Inter, he played for Internacional, Cerezo Osaka, Penarol, Mumbai City and Kitchee before calling time on his career.

Forlan will also be remembered as one of Uruguay’s greatest players, having scored 36 goals in 112 appearances for his nation, who won the Copa America in 2011, while he claimed the Golden Ball at the 2010 World Cup as his country finished fourth.