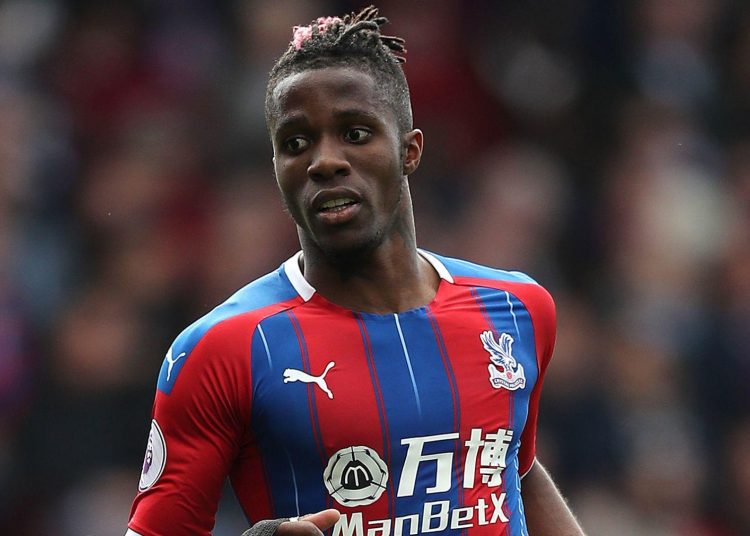 Crystal Palace are not willing to waver on their £80 million valuation of winger Wilfried Zaha.

The club has rejected a bid of £70 million (GH¢458m), along with midfielder James McCarthy and striker Cenk Tosun from Everton for Zaha.

Everton are desperate for another star name to bolster a squad that has already acquired the services of Fabian Delph from Man City and would like to challenge for titles and a European place next season.

Wilfried Zaha has informed Crystal Palace of his desire to leave the club this summer amid growing interest from Arsenal.

Zaha has already been the subject of a bid of £40m from the Gunners this summer.

The bid was however rejected by Crystal Palace who value Zaha closer to £80m having sold defender, Aaron Wan Bissaka to Man Utd for about £50m.

Zaha was in Ivory Coast’s squad at the African Cup of Nations where he scored two goals and assisted one more as they made it to the quarterfinals before being eliminated by Algeria on penalties.

The player apparently has no issues with the club or manager Roy Hogdson but would like another chance to prove himself at a bigger club. He is, however, growing disillusioned with the club’s unwillingness to let him leave.

He left Palace for Manchester United in 2013 but returned to Selhurst Park two years later after a disappointing spell.

The player believes that he has matured since then and would like to be the main player of another big club.

Arsenal are being reported to be his preferred club but the player would take any move to a big club if a move to North London does not materialise.

Arsenal are desperate to make a marquee signing this summer to rejuvenate a side that failed to make it into the Champions League and have already reached an agreement in principle with Saint Etienne for defender William Saliba.