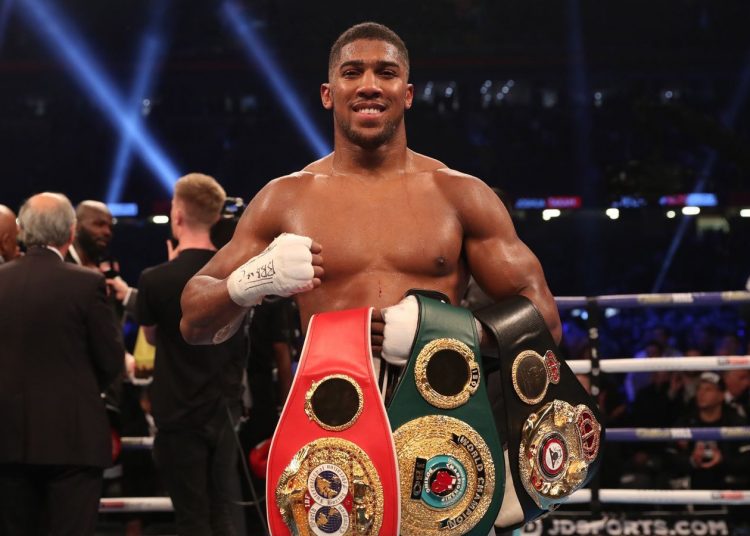 British boxer, Anthony Joshua says he is eager to get his “passion” back ahead of the rematch against America’s Andy Ruiz.

Joshua lost his WBA, IBF and WBO world titles in a shocking defeat to Ruiz on June 1, 2019.

Which is the 29-year-old’s first professional loss in his boxing career.

“I feel strong enough and I feel I can correct my wrongs,” Joshua told Sky Sports.

“I need to be around as many boxing people as possible because right now I need to soak in the experience and knowledge – and get that passion back.”

Joshua’s promoter is eager to make the replay be held in Britain in a bid to give his boxer the necessary home support to help regain his title.

He wants the return fight to be held at the Principality Stadium in Cardiff.

A decision Andy Ruiz has openly stated: “it will not be in the UK”.

“It doesn’t matter to me where it is,” Joshua said.

“I would love it to be in Cardiff but it’s going to be on neutral ground, Ruiz is the champ so he will make some calls in that situation but I’m going to battle for it to be in the UK because it’s my stomping ground.

“Walking out in Cardiff in front of 70, 80, 90 thousand people screaming and rooting for you to win, that type of energy that goes through your body is unstoppable and I think that could give me the little bit of edge I need to win those belts.”

The bout will definitely happen as Ruiz himself stated in an interview with Sky Sports.

CAFCC: Ashantigold depart for Equatorial Guinea ahead of Akonangui clash

CAFCC: Ashantigold depart for Equatorial Guinea ahead of Akonangui clash