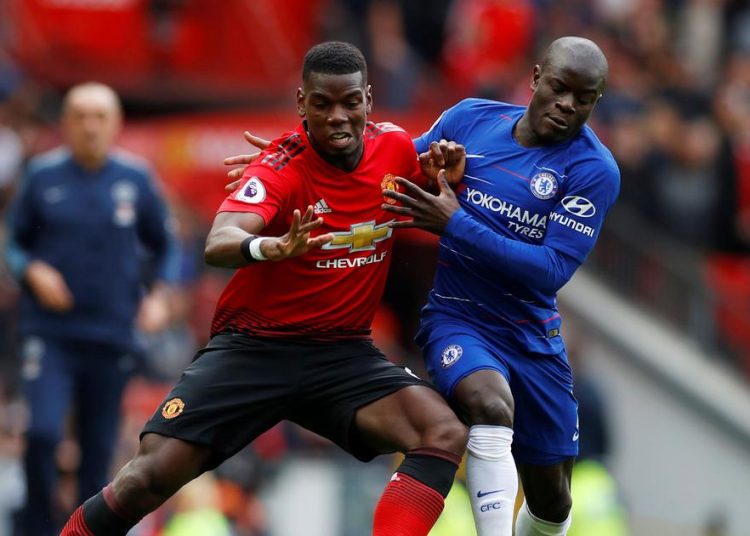 Manchester United host Chelsea in the opening weekend of the Premier League for the first time since the 2004/2005. And there’s a bit of semblance as well to the clash from 15 years ago; Jose Mourinho was taking charge of his first competitive game, much like his former player, Frank Lampard, is making his debut competitive bow as Chelsea manager.

The Blues, unlike their opponents on Sunday, were very rarely involved in the transfer window, after being handed a two window transfer ban. But while they can still benefit from the belated arrival of January signing Christian Pulisic, Lampard will largely be dependent on youth to make a mark.

Against United on Sunday, Lampard couldn’t have asked for a bigger test for his crop of young players and he, along with his players, know a decent result in this match could be the spark they need to go on a successful run.

When you hear Manchester United fans lament about their club’s poor activity in the transfer market, you will almost be deceived into thinking the Red Devils did not spend a penny in the summer. But they did, churning out over 140 million pounds in transfers, the highest spenders this window.

Ole Gunner Solksjaer’s defence was the biggest beneficiary of that, with the arrival of Harry Maguire and Aaron Wan Bissaka expected to fix an inherent problem from last season. What they have gained defensively though, they have lost offensively, with the departure of Romelu Lukaku leaving a goalscoring gap that they will struggle to fill.

Ultimately, this clash is far less stellar on paper than previous editions, with the absence of seasoned campaigners on both sides a bit of a let down.

United are many bookmakers’ favorites to win the game, and the odds for a United win on Betway is at a generous 2.18.

If you are more a calculated risk taker, perhaps backing a Chelsea win may not be the worst idea as United have only 2 wins in their last 18 games against the Blues. A Chelsea win come odds of 3.43

Both teams have shown a vulnerability at the back in preseason and that’s why I’m not ruling out the possibility of a lot of goals in this game.

Who is your money on? Head to Betway.com.gh to place you bets on this game and many others at unbeatable odds.