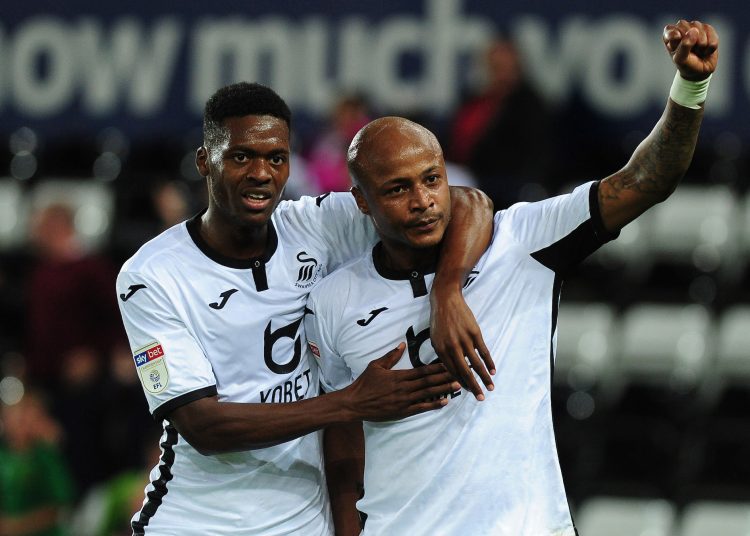 Black Stars Captain Andre Ayew came off the bench to score twice for Swansea City, and help the Welsh side beat Northampton 3-1 in the Carabao Cup first round.

Ayew, who was introduced with about 30 minutes to the end of the game, scored the equalizer, and then added his second and Swansea’s third later in the game.

It was his first appearance for the side since returning from his loan spell with Fernerbahce last season.