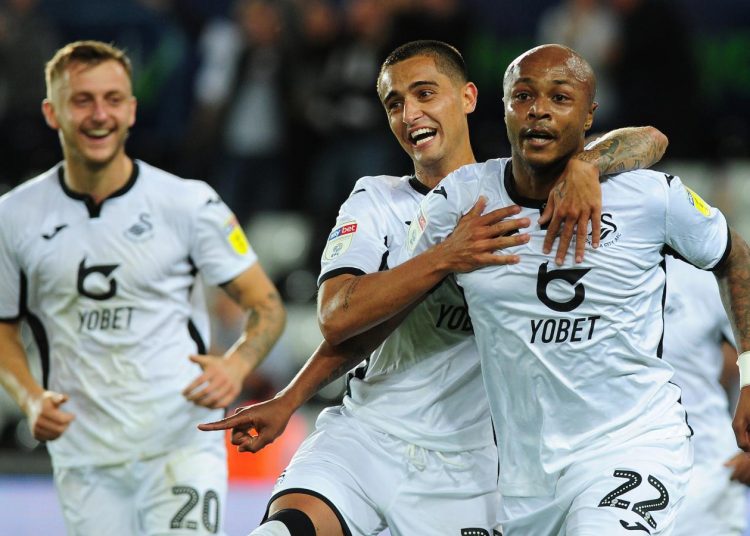 Swansea City manager, Steve Cooper, praised “highly motivated” Andre Ayew after the Ghanaian came off the bench to bag a brace and help Swansea City reach the second round of the Carabao Cup.

The Ghanaian scored his first goals for the club since May 2016 as he scored with two headers – either side of a George Byers strike – to help the Swans come from behind to beat League Two Northampton at the Liberty Stadium.

Ayew recently returned to club duty having been on African Cup of Nations duty during the summer.

And Cooper felt the 29-year-old had made a positive impact and will soon be in contention to feature in Championship action.

“That’s exactly what we know he can do. He’s come back into the club after the international break in very good condition.

“He looks extremely motivated in training and tonight was about giving him the right amount of minutes to help him get right back up to the fitness levels to play in the league campaign.

“It was a positive night in a number of ways with his inclusion.”