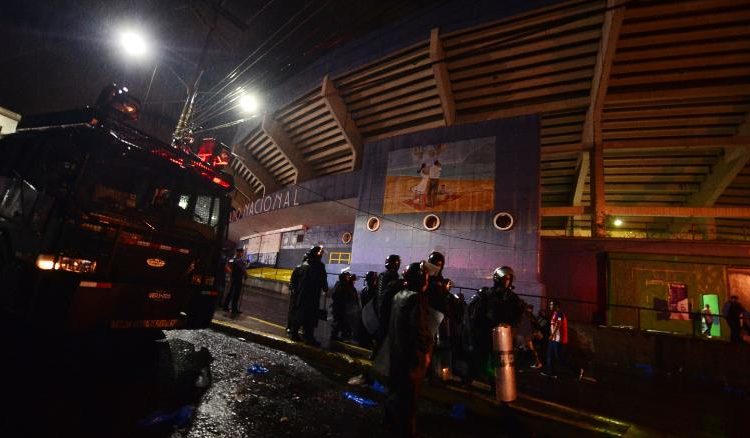 Three people have died in  Tegucigalpa, the capital of Honduras after fans of two rival clubs clashed.

Three people have died in two separate clashes between fans of the clubs in 2009 and 2016.

The match was eventually cancelled but that did not stop the fans from going at each other.

The head coach of Motagua, Diego Vásquez said the mass brawl was sparked by fans of Olimpia who attacked their team bus.

“Bottles, stones were thrown at us and the players threw themselves on the floor screaming,” Vásquez told the media.

A number of people were also injured in the clashed including three players from Motagua; Emilio Izaguirre, Jonathan Rougier, and Roberto Moreira; who sustained injuries from broken glass.

The Honduran Police corroborated this claim stating that both groups of fans clashed after the attack on the bus.

“Fans of both teams staged a confrontation on the outskirts of the stadium, so they (police) proceeded with the use of deterrent means,” police said.

A spokeswoman for Hospital Escuela Universitario, where many of the injured were taken, said that seven people were shot.

“Three people died and seven were shot and stabbed. One of them is a boy. Three of the injured adults are in critical condition,” Laura Schoenherr told Reuters.