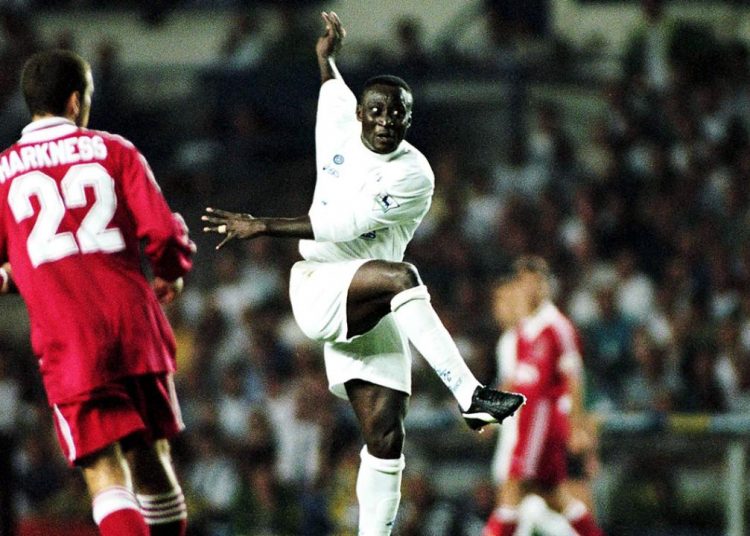 Former Black Stars playmaker, Tony Yeboah on 21st August, 1995 broke the hearts of Liverpool fans as he hit a thunderous volley past James.

Yeboah hit a powerful volley in the 51st minute to take his tally to 16 goals in 18 starts for Leeds United and help his side maintain a 100% record in the league at the time.

The former Ghanaian striker joined Leeds United for pounds 3.4m from Eintracht Frankfurt in the summer of 1995.

The goal poacher scored 24 goals in 47 appearances in his time at the Elland Road as he played for The Whites (Peacocks).

Watch the goal Tony Yeboah scored against the Reds in 1995: