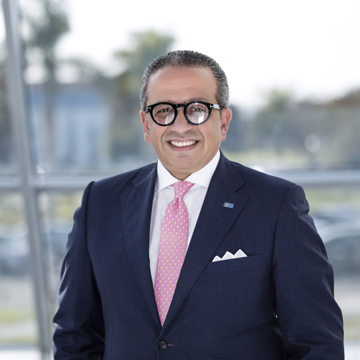 FIFA announced late on Tuesday that it had appointed a normalization committee for the Egyptian Football Association (EFA) headed by Amr El Ganainy until the upcoming elections.

The decision of the world football governing body follows the recent resignation of the EFA President Hany Abo Rida and all board members after the national team’s unceremonious exit from the African Cup of Nations in the round of 16 at home earlier in July.

The resignation was followed by a visit of a FIFA mission to Cairo when the EFA was temporarily managed by its Chief Executive Sarwat Sewilam.

According to a statement by FIFA, Zamalek’s former board member Amr El Ganainy will chair the temporary committee alongside Gamal Mohamed Ali as deputy chairman.

Sahar Abdel Hak, Mohamed Fadl Zahran, and Ahmed Abdallah Rady are the other members of the committee.

The mandate of the normalization committee will include running the daily affairs of EFA, reviewing statutes and other regulations where necessary, the statement declared.

Reviewing the statutes of the EFA members and ensuring they go in line with the new EFA Statutes as well as with the FIFA Statutes and requirements are also among the tasks of El Ganainy and other members.

The committee will also be responsible for organizing and conducting elections for all EFA members based on their new statutes.

“As the last step, the committee to act as an electoral committee in order to organize and conduct elections of a new EFA board based on the newly aligned EFA Statutes,” the statement added.

FIFA said that 31 July 2020 is the deadline of the work of the committee that also can finish the mission earlier once it fulfills all its tasks.

“As the normalization committee will also act as an electoral committee, none of its members can be eligible for any of the open positions in the elections under any circumstances,” the FIFA statement concluded.