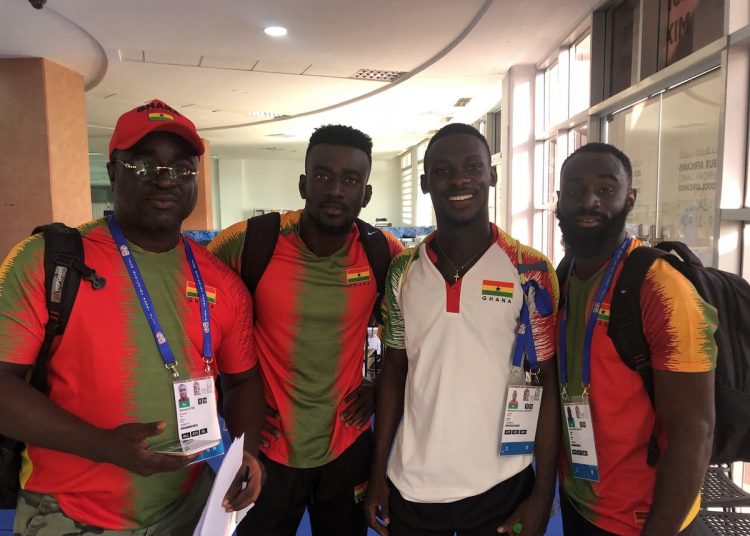 Ghanaian sprinters Josep Paul Amoah and Sean Safo-Antwi both missed out on medals in the men’s 100m finals, finishing 4th and 5th respectively.

Amoah crossed the finish line in a time of 10.11s, the fastest time he’s has run at the games but was still not good enough to win him a medal.

Safo-Antwi was a further 0.07s behind his compatriot in fifth, clocking 10.18s.

The two men will return to the track later on Tuesday evening for the men’s 4×100 relays.

Grace Obour made it to the finals of the women’s 400m event after finishing second in the second semi-finals.

She ran a time of 52.14 seconds as she finished behind Nigeria’s Favour Ofili who had a time of 51.94 seconds.

In the sprint relays, Team Ghana’s female team finished second in the second heat in a time of 44.59 seconds to make it to Wednesday’s final. Nigeria came first with 43.49 seconds while Zambia was 3rd with 45.01 seconds.

The men’s relay team finished first in its heat with a time of 38.80 seconds. South Africa (39.76 seconds) and Nigeria (39.97 seconds) were second and third respectively.

In the qualifiers, he lost to Ayouba Ferjani of Tunisia, Chocolate Manuel of Angola, Mohammed Desouky but he managed to defeat Hope Opeya of DR Congo.

In the qualifiers, Abubakari Alhassan defeated Ahmed El Akkad of Morocco but went on to lose to Mohammed Ashour of Egypt, Mohammed Samandi of Tunisia, Sindou Kone of Cote d’Ivoire and Alex Paul Beugre also of Cote d’Ivoire.

In the women’s singles, Lynda Annor lost 4-0 to Farah Abdel-Aziz of Egypt.

In the men’s doubles, Ebenezer Andrews and Emmanuel Botwe beat Filmon Abraha of Eritrea and Semere Leykun in straight sets