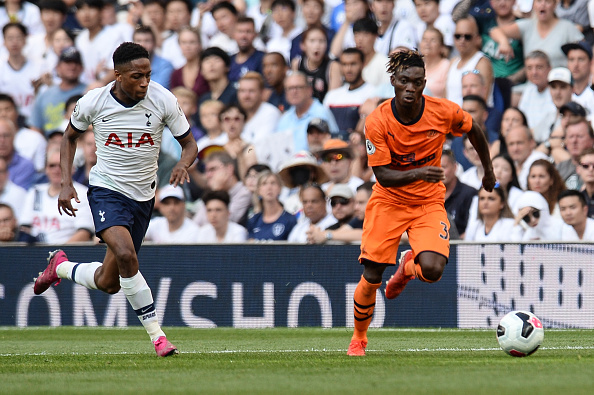 Newcastle United winger Christian Atsu says the team and their fans are ready and willing to give their all through the season and achieve their targets.

On Sunday, Atsu set up the winner for his team mate, Joelington, as Newcastle beat Tottenham 1-0 at White Hart Lane to record their first win of the season after two straight losses to Arsenal and Norwich City.

The match was the first for Atsu since he returned from a hamstring injury that ended his participation for Ghana in the 2019 AFCON in Egypt and afterwards, he was full of praise for the grit they showed and he also thanked for their never-say-die attitude to the Newcastle United cause.

“The fans love this club and they want the best for the club. Whenever things are not going well, they have the right to be upset but I believe that a lot of people never expected us to beat Tottenham.

Our best result was to be a draw but this is what Newcastle is made of and this is what the fans are made of. They are here to support the club and fight for the club.”

Atsu came off the bench to replace new signing, Allan Saint-Maximin, who got injured and due to that development, it is likely that Atsu could get a starting berth when Newcastle takes on Leicester City on Tuesday August 27 in the League Cup and Watford in the Premier League on August 31 at St. James’ Park.