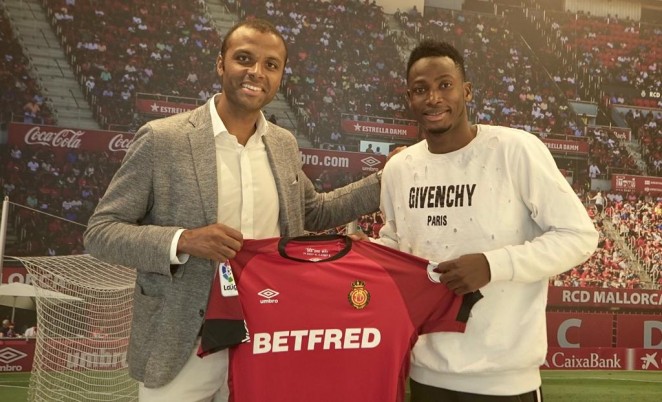 Ghana defender, Baba Abdul Rahman has joined Spanish La Liga side, Real Mallorca, on loan until the end of the current league season.

The deal was confirmed by both Chelsea and Real Mallorca on Monday.

Rahman’s four years at Chelsea has been marked by loan spells at Schalke and Stade Reims.

Speaking at his unveiling, Rahman said:

“I am happy at joining Real Mallorca for the season. My objective is to help the team attain its aims and give the best of my efforts to the team.”

Though it will be Rahman’s first footballing experience in Spain, he will not feel lonely as he has fellow Ghanaian, Lumor Agbenyenu, at the club. Agbenyenu is also on loan but from Portuguese club, FC Porto. Another Ghanaian, Iddrisu Baba, is also at the club.

As part of its announcing of the loan deal, Chelsea revealed that Rahman had signed a new one-year deal at the club before heading out on loan.