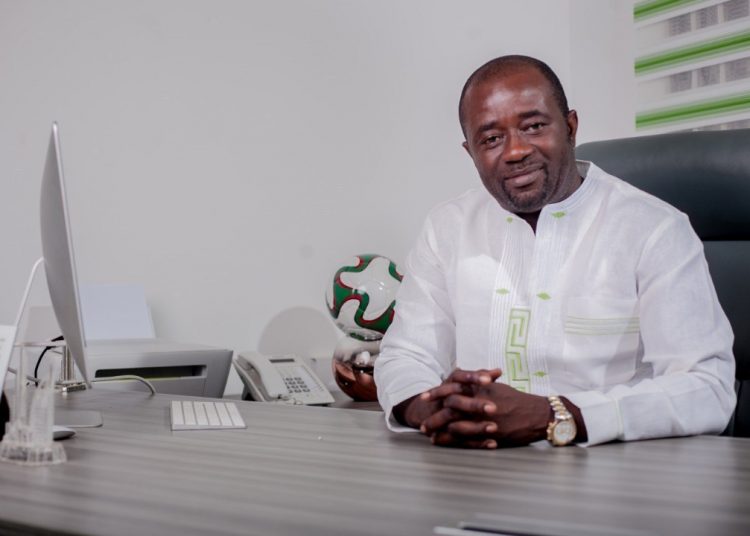 Dreams FC CEO, Kurt Okraku, has officially stated his interest in becoming the next President of the Ghana Football Association.

His intentions were spelt out in a video that was released on Monday on social media.

Okraku has been linked with the GFA top job for some time now and after forming Dreams FC in 2009, his profile has increased with some believing that he has the needed skill and capability to run Ghana football.

In the video, he said that he had been considering the move for some time and that, he had finally come to a decision and was thus, calling for support from the football fraternity.

Fellow members of the football family, I have decided to put myself forward to contest the leadership of the Ghana Football Association when the election process begins and I will need your support. Thank you pic.twitter.com/obgtLgduNx

The date for the GFA’s Elective Congress is yet to be confirmed but September 5 is the date for the FA’s Ordinary Congress which will look at the new statutes that will run the association when new executives are eventually elected.

Below is a transcription of the video:

“Fellow members of the football family,

After a thorough process of deliberations, discussions, engagements and consultations with various stakeholders of our industry,

I have decided to put myself forward to contest the leadership of the Ghana Football Association when the election process officially opens.

My conviction to contest the upcoming election has been further enforced during the period of consultations with stakeholders.

It became very evident during this period that the qualities I possess were exactly what stakeholders are looking for as we look to tackle the challenges that face our industry at this particular point in time.

My ultimate aim is to ensure that industry players in Ghana get their fair share of the enormous global wealth of football.

That every person connected to the game reaps their rightful dues for their unending efforts and enormous investments.

I will in the not too distant future share with stakeholders my elaborate blueprint on my vision for Ghana football. The vision of Creating Wealth for All in football.

This Vision will primarily see us embark on a quest to build a transparent led and communication friendly FA which carries along all stakeholders to fulfil the aspirations of our beloved nation.

This requires a leadership with the skillset and corporate governance mindset to drive a new image for the passion that holds this great country together.

The time has come to make our football great again and we must not miss this unique opportunity of entrusting the forward march of our football in competent and efficient hands.

My track record speaks for itself.